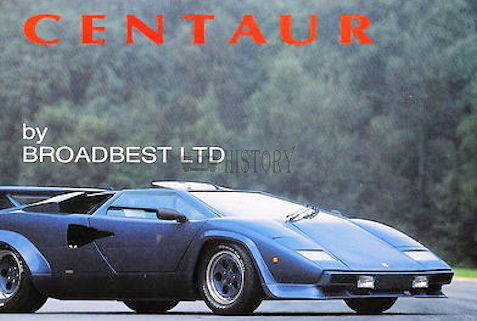 Broadbest Limited was a British manufacturer of replica kit cars and automobiles in the 1980s .

Dave Andrews and Mark Ross founded the company in 1987 in Poole , County Dorset . They started with the production of automobiles and kits . The brand name was Broadbest . In 1988 the production ended.  Auto Build-up services continued production continued under its own brand name.

The company produced replicas of the Lamborghini Countach . The model Centaur was a complete vehicle, while the Primo as a kit was sold. The base formed a space-frame chassis, designed by GTD Supercars . V6 engines and V8 engines from Ford and Rover powered the vehicle. The transmission came from the Renault 30 . Many parts came from Ford Sierra and Ford Scorpio .The Primo kits sold about ten copies.