Automotive manufacturer of Leicester.Great Britain from 1903 to 1904. 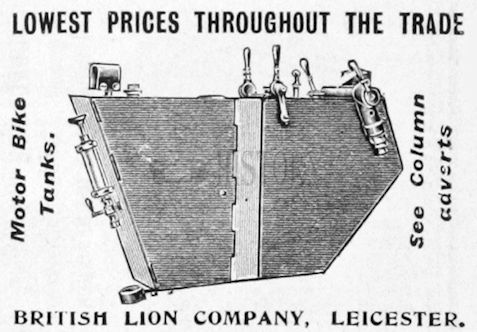 British Lion Company was a British manufacturer of automobiles and automotive accessories in the early part of the 20th century.

The company from Leicester made accessories such as axles, chassis, gears, bodies, radiator masks, hoods and wheels and parts for motorcycles . 1903 began the production of automobiles.

The brand name was British Lion . 1904 ended the production. Built-in motors were purchased from engine manufacturers for the complete model .