Automotive manufacturer of Didsbury , Manchester.Great Britain from 1905 to 1906. 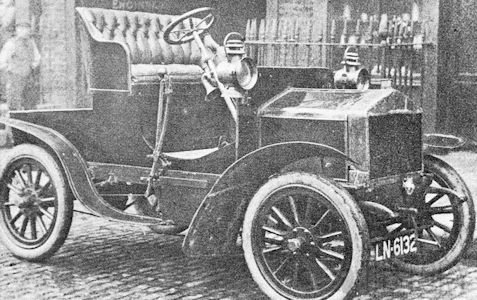 J. Bowen & Company was a British manufacturer of automobiles in the early part of the 20th century .

James Bowen experimented since 1902 or 1903 on motor vehicles. In 1905 he founded the company in Manchester -Stadtteil Didsbury and began the production of automobiles. The brand name was Bowen . In 1906, production ended when the company was sold. Bowen moved to Edinburgh .

The offer was a small car . A single-cylinder engine with 6 hp was mounted in the front of the vehicle and propelled the rear axle via a cardan shaft . The transmission had three gears. The carburetor was purchased from Rover . The original price was £150 .