Automotive manufacturer of Yorkshire .Great Britain from 1984 to 1992. 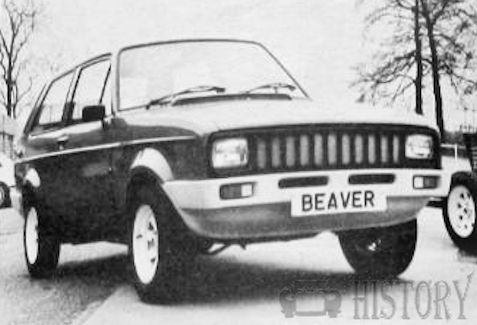 Gordon Summers founded in 1984 Kit Cars International in Barnsley in the county of South Yorkshire . He started producing automobiles and kits . The brand name was Beaver . Richard Oakes was involved in the design . John Ingram was responsible for the fiberglass .  1985, production ended first.

Steve Barwell founded the company Beaver Coach Works in 1991 in South Woodham Ferrers in the county of Essex . He took over the Beaver project from Kit Cars International. The brand name continued to be Beaver . 1992 ended the production. Overall, emerged about 48 made.

The base of the vehicles was a steel chassis . On it a body made of fiberglass was mounted. It was a small two-door combination car . Many parts such as windshield , doors, four-cylinder engine and drive came from the Ford Escort .