Automotive Manufacturer of Great Britain from 1969 to 1989. 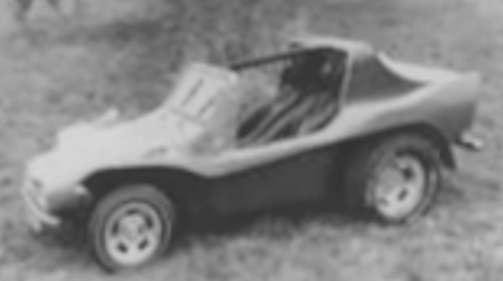 Baja was a British kit car brand under many diffrent company names over the years from the late 60s to the late 1980s.The brand name was Baja

Patrick Sumner and Roger Penfold founded the company Speed ​​Buggies in the 1960s . The company was based at a farm in Chichester .

They initially sold VW buggies from GP and Manta . 1970 began the production of automobiles and kits. In April 1971, Richard Park of Rodding Scene from the same place took over the production. Until 1973 he produced eight copies.

It was not until 1977, Alan Warren continued by Audy Marine from Hayling Island . His company moved in 1978 to Milton Keynes .Special Car Components continued production from 1979 to 1981. GT Moldings from Portslade (at Brighton and Hove ) produced until 1987. Between 1987 and 1989, Budget Buggies from Horsham wanted to produce more vehicles, but this did not happen according to one source. At the latest in 1989 ended the production. In total, about 60 copies were made.

The first model was the Baja GT . This was a VW buggy similar to GP's buggies . The basis was a shortened chassis of the VW Beetle . At least one vehicle got a built-in motor from Chevrolet Corvair 2300 cc displacement and 160 hp performance. The body was one piece. First, the body cost 59 pounds and a complete kit 185 pounds. From 1977 to 1979, the price of a kit was £180 including VAT .

From 1985 to 1987, the Baja Sahara supplemented the range. The wheelbase was longer and corresponded to 240 cm of the original. This resulted in about exactly eight made.