Car manufacturer of Oldham , Greater Manchester.Great Britain from 1958 to 1962. 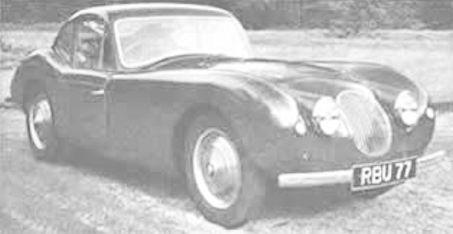 Autobodies was a British manufacturer of sports automobiles from the late 50s to the early 60s.

The company from Oldham in the county Greater Manchester began in 1958 with the production of automobiles. The brand name was initially autobodies , from 1960 Autobee . 1962 ended production. In total, about 110 copies were made.

Autobodies This was a two seat coupe . The chassis with 228 cm (90 inches ) Wheelbase came from the Ford Popular . In the Mk 1 version, the grille was similar to any Jaguar C-Type . The front of the Mk 2 was similar to the front of the Jaguar E-Type , but later appeared. Of these models created about 80 copies.

Autobee .The Autobee Pacemaker was the evolution of the previous models. The front had been revised and worked independently. The interior now offered space for four people. After about 30 copies of this model  came the end for the company.