Automotive manufacturer of Bromsgrove , Worcestershire.Great Britain from 1985 to 1989. 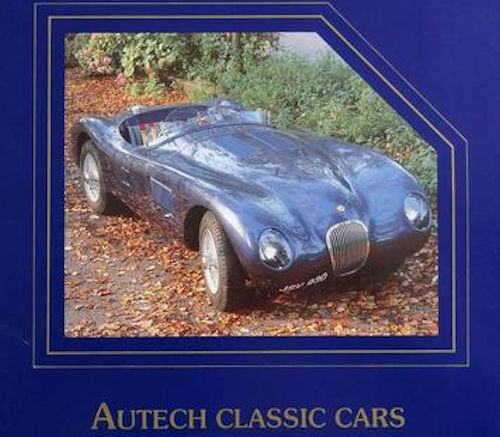 Autech Classic Cars was a British manufacturer of replica automobiles in the 1980s.

The company from Bromsgrove in the county of Worcestershire began in 1985 with the production of automobiles and kits . The brand name was Autech . In 1989 the production ended.  Other sources indicate the period of production in the 1980s  and 1980 to 1989 . In total, about 20 copies were made.

The only model was the C-Type . This was the replica of the Jaguar C-Type . For driving attended six-cylinder engines from Jaguar Cars with optional 3400 cc engine capacity or 3800 cc. The open two-seat body was made of aluminum .