Automotive manufacturer of Great Britain from 1971 to 1972. 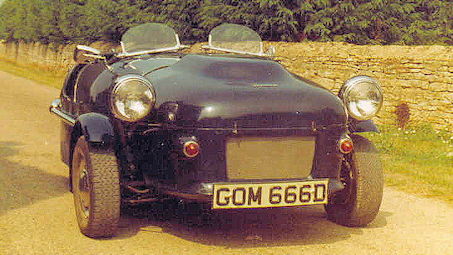 Argyle was a British manufacturer of 3 wheel automobiles in the early 1970s .

Kim Argyle, who was also involved in the construction of the first Mosquito , founded the company in 1971 and began producing automobiles and kits . The brand name was Trimin . 1972 ended the production. In total, three specimens, which still exist today.

The only model was a tricycle with rear single wheel. The basis was the mini . Then an open body without doors was mounted. A four-cylinder engine from the Mini was mounted in the front of the vehicle and drove the front wheels. Two of the vehicles were two-seaters. They received a road legal license and the British license plates GOM 666 D and AJB 783 B respectively .

A third vehicle was a one-seater, which was intended for record attempts. It was not street legal.