Car manufacturer of Hertford , Hertfordshire.Great Britain from 2003 to 2009. 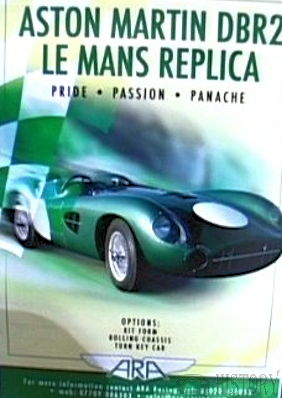 Michael Anstead and Louise Ann Anstead founded the company on 4 November 2003 in Hertford in the county of Hertfordshire .  They began in 2004 with the production of automobiles and kits . The brand name was ARA . Anthony Richard Anstead joined the company on November 4, 2004.  2007 marked the production due to financial problems. On March 5, 2009, the company was dissolved. Overall, emerged at least twelve made.

The first model was the low cost . This was a vehicle in the style of the Lotus Seven . Many parts, including the engine, came from Ford . Of these, between 2005 and 2006 about twelve vehicles were created.

The Le Mans Rogue  was the replica of the racing sports car Aston Martin DBR 2. The engine came from Jaguar Cars . AS Motorsport continued production of the model from 2007 onwards.