Automotive manufacturer of Lancashire.Great Britain from 1987 to 1998. 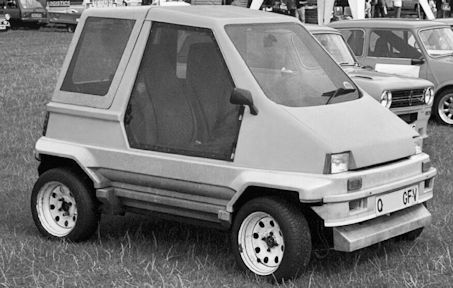 Alto was a British small car brand from the 1980s in Lancashire .

David Gornall founded the company Alto Component Cars in 1985 in Preston , County Lancashire . He started producing automobiles and kits . The brand name was Alto . Alexander Graham Pipe of Automotive Concepts of Portsmouth took over production of the first model in 1987. This was followed from 1995 to 1996 Rhino Engineering from Newburgh led by Antoni Dennis Conrad quotation and Barbara Chambers  and 1996-1998 Duo Cars from the county of Lancashire under the direction of Anthony Offord. 1998 ended the production. In total, about 24 copies were made.

The first model duo was a microcar . On a spaceframe frame with a subframe from the Mini , a body made of fiberglass. The vehicle with two doors and a large tailgate could accommodate two people. Between 1987 and 1988, a version with an electric motor was available. Between 1985 and 1998 created about only twelve copies. 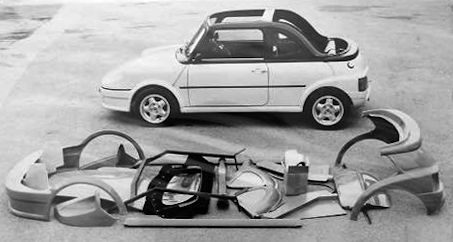 The second model Boxer stood from 1994 to 1997 in the offer and was manufactured exclusively by Alto Component Cars. This was a visually independent mini convertible convertible with the four-cylinder engine from the Mini. Of these, again about twelve copies were made.

There was no connection to Peerhouse Cars , which until 1984 produced some automobiles and kits and marketed them under the brand name Alto.