Automotive manufacturer of Batley , West Yorkshire.Great Britain from 1993 to 1998. 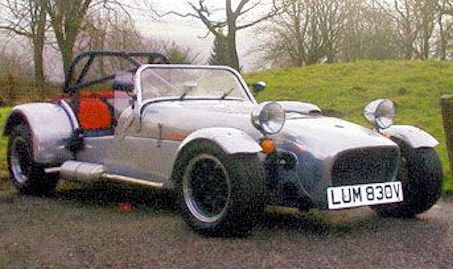 Albo Engineering was a British manufacturer of repica automobiles in the 1990s .

Alan Beaumont founded in 1993  the company in Batley in the county of West Yorkshire . He started producing automobiles and kits . The brand name was Albo .By 1999 ended production. Total around  eight copies made.

The only model was the 7th . He was like the Lotus Seven . The open body could accommodate two people. As a special feature, the body was made of aluminum . Many parts, including the built-in motors and the rear rigid axle , came from Ford .