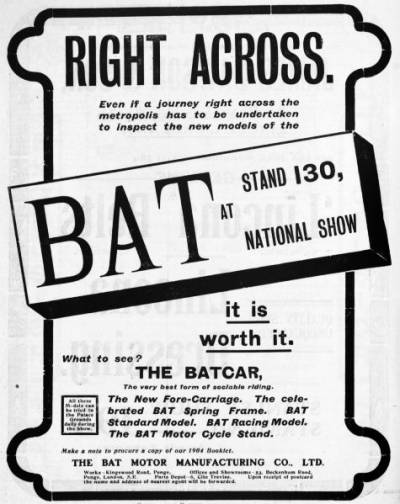 Samuel Robert Batson founded the company in 1902 in London's Penge and began production of motorcycles. in 1903 added automobiles to the range. The brand name was Bat.

T. H. Tessier joined the company in 1903. but soon ended the automotive production and by 1924 motorcycle production.

On offer were initially Tricars. These were tricycles with a single rear wheel. Between the front wheel was mounted seat for a passenger. A single cylinder engine with a choice of 3 hp or 6 hp was mounted low in the frame and drove the rear wheel.

In 1904, the appearance was somewhat changed. The driver now had a proper fit instead of a motorcycle saddle. The front seat was surrounded by wood and more integrated into the vehicle. A two-cylinder engine of the Fafnir works with 6 hp powered the vehicle.

1909 appeared the model Carcycle. It resembled a motorcycle with a sidecar, but had four wheels of which the two front wheels steerable. 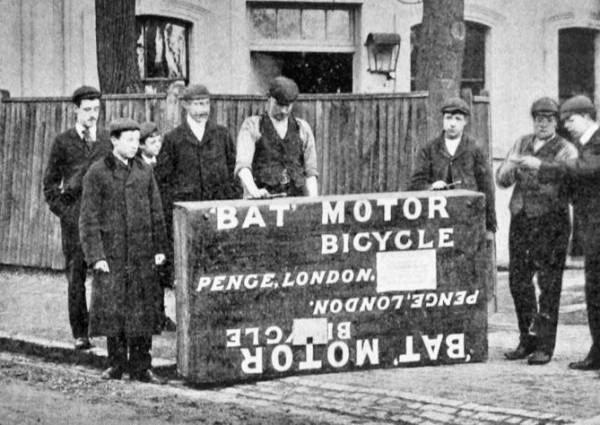