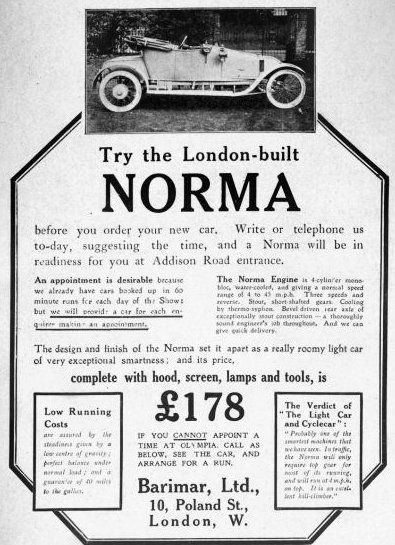 The company was originally engaged in welding technology. In 1913 began the production of cars. with there brand name Barimar. In the same year ended the production. very few were built,

The only model was a cyclecar the Norma, which was originally developed in France. but built in britain A four-cylinder ,water cooled engine.

The company was still going as a welding repair company into the 1950s after there car manufacturing stoped later moving but still in London.. 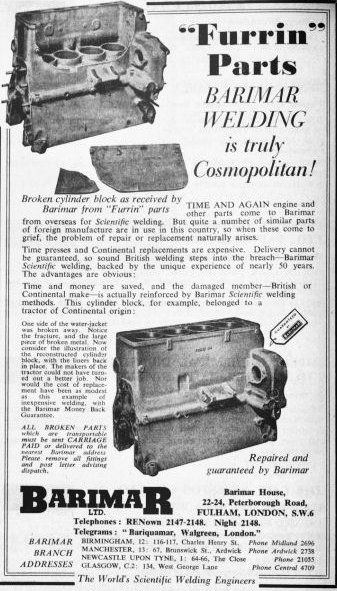