Automotive manufacturer of Putney, London.Great Britain from 1901 to 1910. 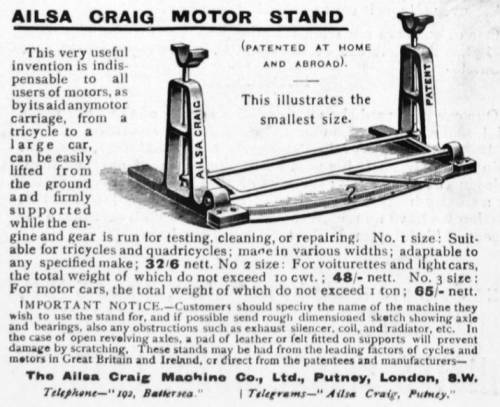 Ailsa Craig was a British automobile brand that was manufactured 1901-1910 in Putney Motor Co. in Putney, London. named after a landmark offshore rock on the western Scottish coastline near to Ayr, although they were based in England.The cars were also offered as Craig-Dorwald.

These cars were mostly custom made to customer requirements. Some models were made around 1906 but at in small batches. They were equipped with two-or four-cylinder engines with displacements between 0.7 L and 6.0 L, respectively.

They also held the Royal Warrant as suppliers of Marine Motors to King George V.

The company was among the first in the UK to build hot-bulb diesel engines, although they dropped them fairly quickly with the advent of direct injection and the start of WW1, when they were required to produce goods for the war effort.