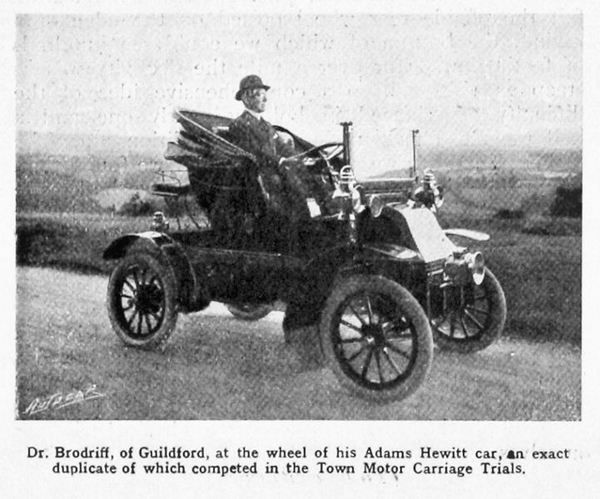 The vehicle development was based on the single cylinder type Hewitt 10 HP (Horse Power) of the Hewitt Motor Co., New York (Founder: Edward Ringwood Hewitt). Early development of a V8 car making these one of the earliest for V8 configuration

As Adams-Hewitt commercials, including a 11/2-tonner a 2.1-litre 2-cyl petrol engine located under the bonnet, and a larger 25hp model with a 4.8-litre -4cyl petrol engine.

By 1908, these were powered respectively by 14/ 16 and 18hp 4-cyl petrol engines,  the latter being one of the most advanced of its day, but by 1913,
only light commercials were offered. 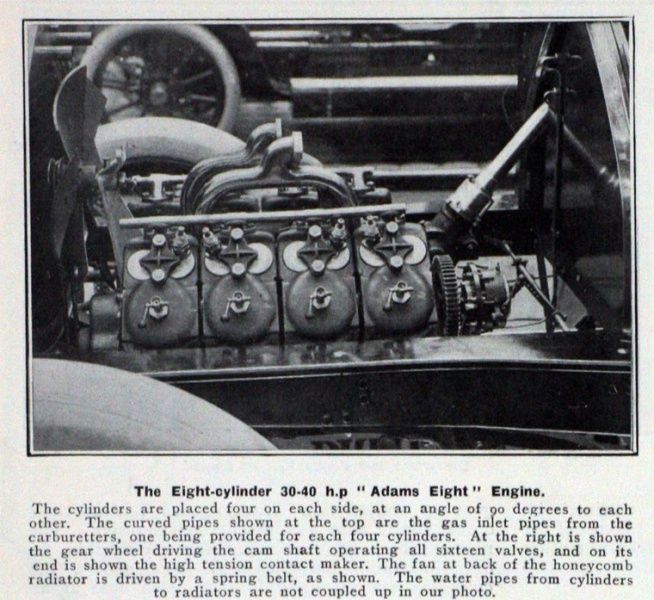