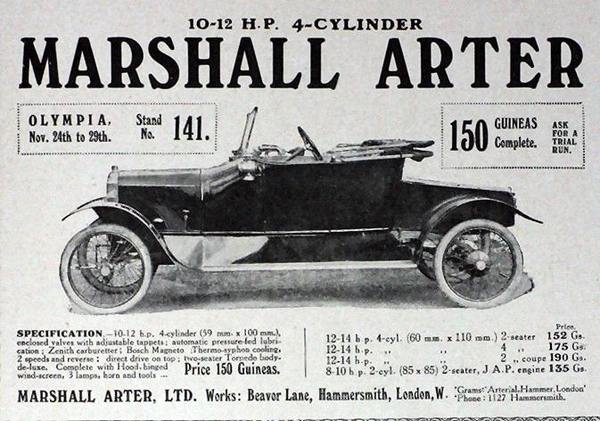 The Marshall-Arter Ltd.. was a British automobile manufacturer in Hammersmith (London). 1912-1915 small cars were built there.