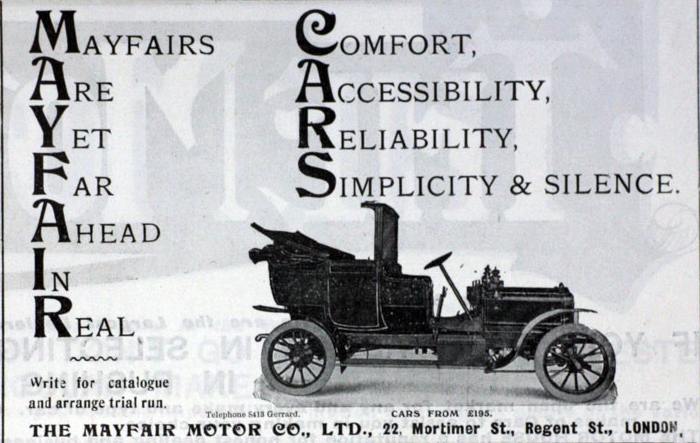 Mayfair was a British automobile brand, the 1901-1906 motor from the Sports Co. Ltd.. was sold in London.

The following models were not constructed in the United Kingdom,but still assembled there. Rather, it included the models of various European manufacturers they were just imported.

1906, the brand had disappeared from the market.

A miss Billie Burke in a mayfair. 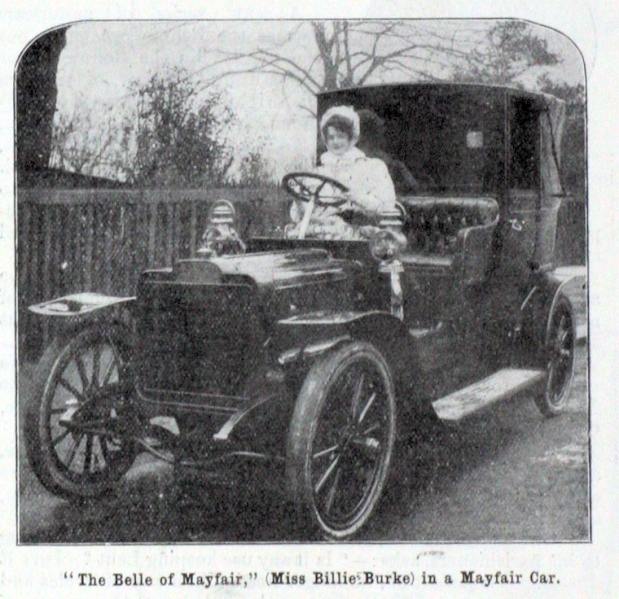