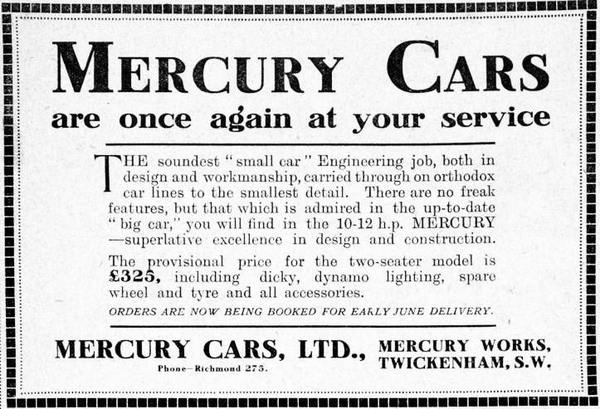 The Mercury Cars Ltd. . was a British automobile manufacturer in Twickenham (Middlesex) .From 1913-1923,Small to medium-sized cars were built there .

In 1920 the smaller model was launched Mercury 10 hp . Also equipped with a four cylinder engine , it had 1.3 litres of displacement.The wheelbase corresponded to that of pre-war model. 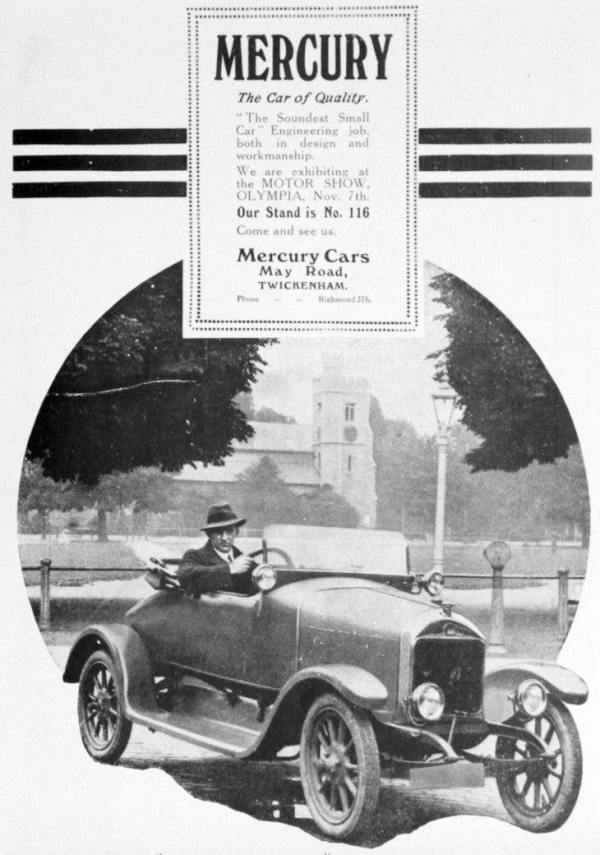