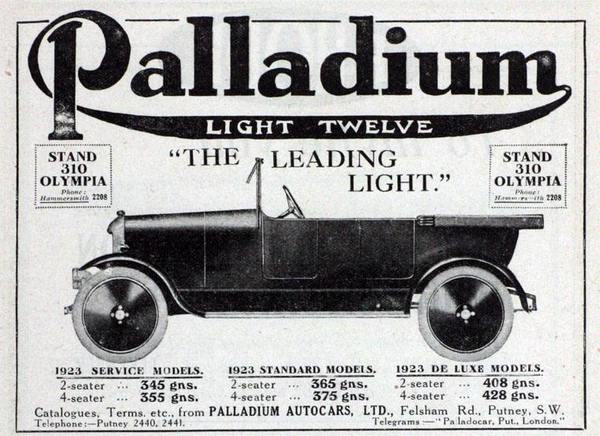 The Palladium Auto Cars Ltd.. was a British automobile manufacturer that was established from 1911 to 1925 in Putney,  London.

The company produced sports cars of the upper middle class with water-cooled four-, six-and eight-cylinder engines. Only in 1919 a small car with air-cooled two-cylinder in-line engine was built. 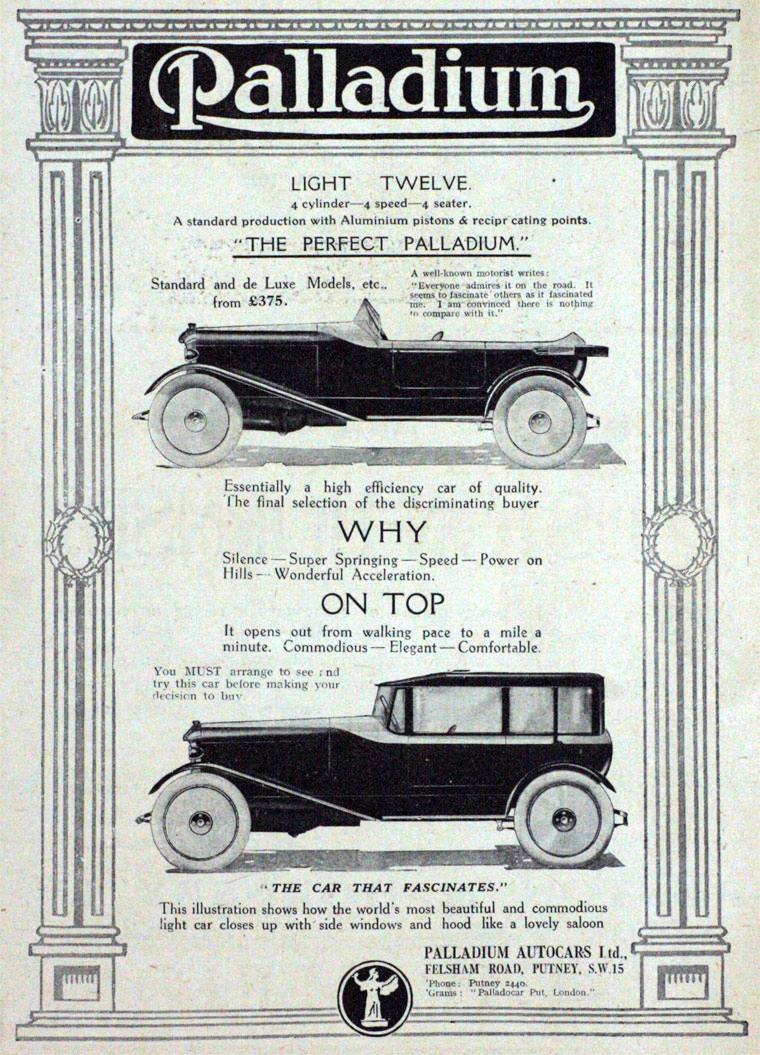