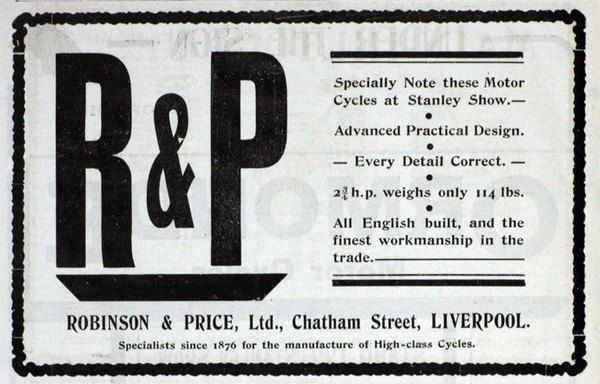 The Robinson & Price Ltd.. was a British automobile manufacturer in Liverpool (Lancashire).

1905 and 1906 two models were built there. The 6 ½ hp had a single-cylinder engine, the 10/12 hp a two-cylinder engine. The success of these vehicles was low, and it only produced small numbers.

In 1913, the company tried again on a single-cylinder model, the 6/8 hp. This Cyclecar , although more acceptable than the vehicles previously built, but the First World War prepared the end of production by 1914.