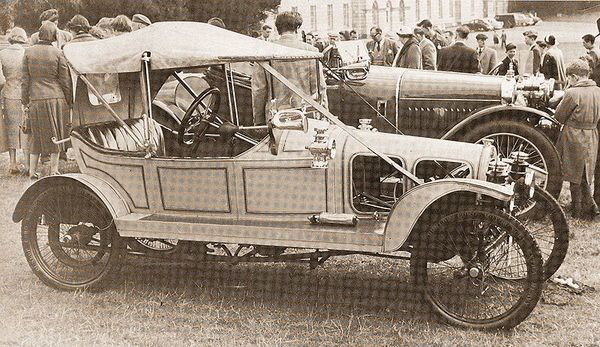 The Rollo Car Co. was a British manufacturer of cyclecars  in Birmingham.
There were Two models from the company in 1911. The 4 ½ hp was fitted with a single cylinder engine with 0.55 liter displacement and were available with one or two seats. The weight of the single-seater was 152 kg. , the V-2 engine had 0.96 liter displacement. Both engines were air-cooled
In 1913, a year before the beginning of World War I, production was discontinued for lack of demand. 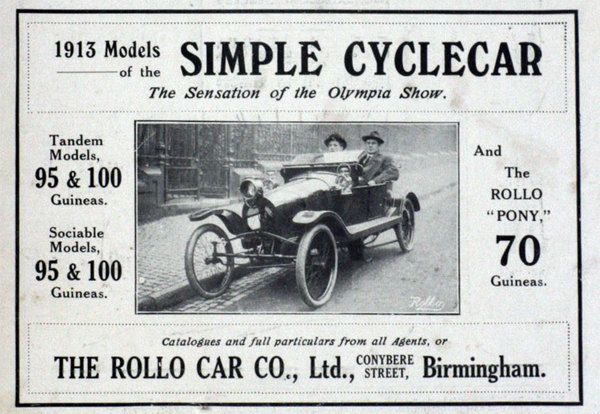