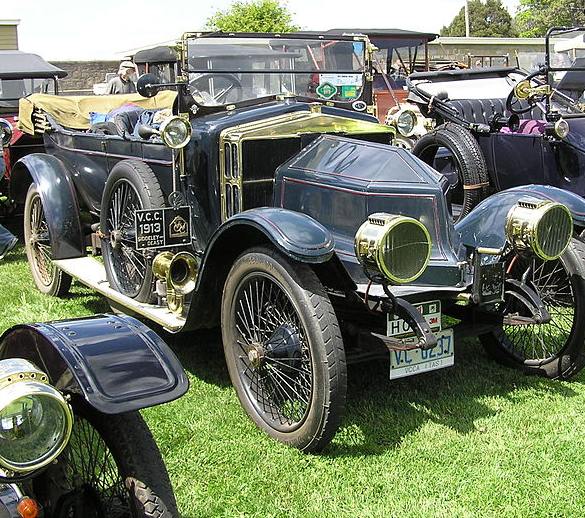 The Siddeley Deasy Motor Manufacturing Company Ltd . based in Coventry was a British manufacturer of automobiles, airplanes and engines. The company has existed since 1906. 1919 was combined with the vehicle and engine division of the Industrial Group Armstrong Whitworth Armstrong Siddeley .

Origin , the company was founded as a Deasy Motor Car Manufacturing Co. of Henry Hugh Peter Deasy in February 1906 , which was created through the acquisition of Iden Motor Car . After an argument with his chief engineer Deasy left the company in 1909 . John Davenport Siddeley was Managing Director and in 1912 took over the control  . and renamed Siddeley Deasy to the company Motor Manufacturing Company Ltd.

1917 Siddeley Deasy  establish itself as a supplier for workpieces made of cast light alloy for Armstrong Whitworth . This was a steady partnership that eventually in 1919 a partial fusion of the two companies led to Armstrong Siddeley Motors Ltd. 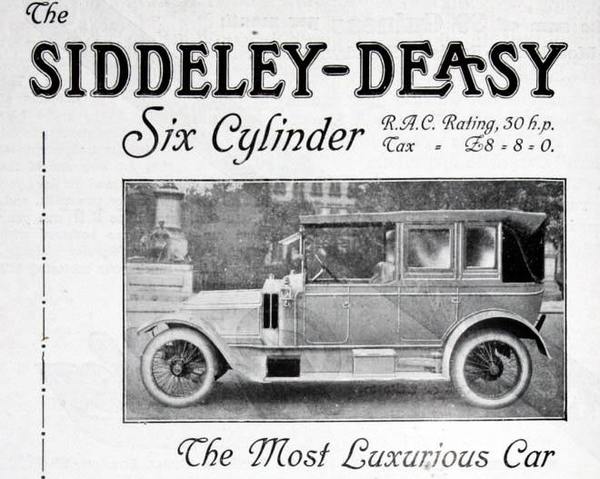