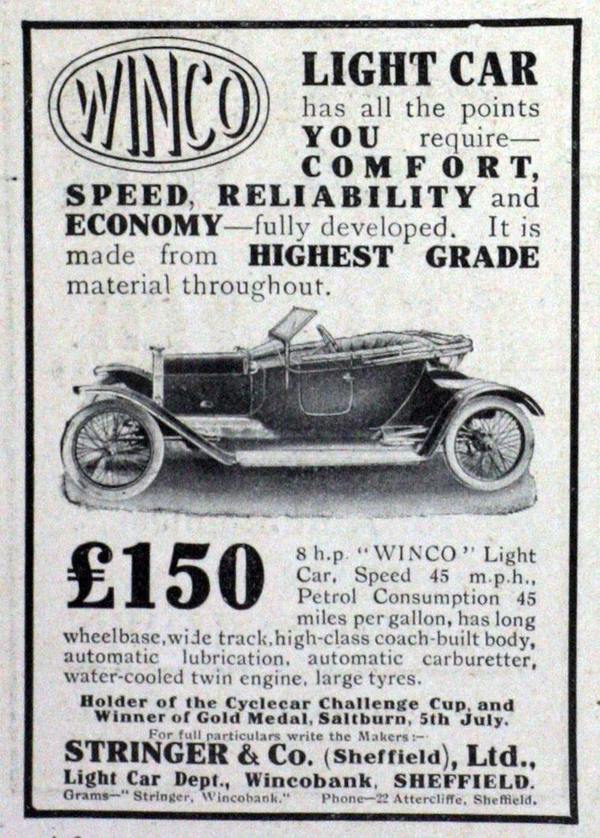 The stringers & Co. Ltd.. was a British automobile manufacturer that was established in 1913-1932 Sheffield (Yorkshire).

Before the First World War, automobiles were built under the name Winco.

1922 11.9 hp was released. The car, which was offered as a stringer Smith, had an overhead-line four-cylinder engine with 1.8 liter displacement and a wheelbase of 2,692 mm.

1923, this first car was replaced by two smaller four-cylinder models: The 9 hp offered 1.1 liter displacement and 11 hp 1.3 liter displacement. Both used the chassis of the previous model and sold under the name stringer Winco. In 1926 a version with a shortened wheelbase was said to be available from 11 hp.

These two models were built until 1932, when the company was forced to close its doors. 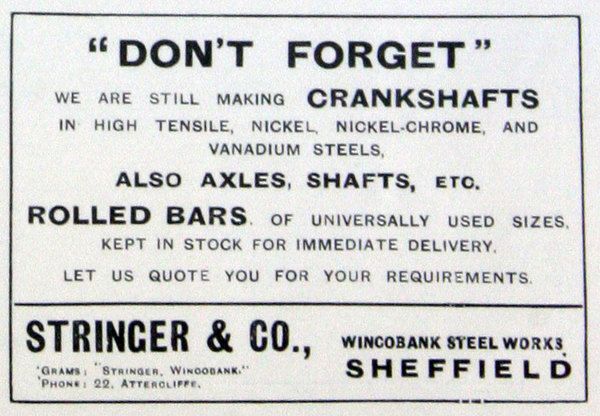