The Wilton Cars Ltd.. was a British automobile manufacturer that was based in London 1912-1924.

The first of these small cars appeared in 1912 and was equipped with a V2 engine with 963 cc displacement. Until the First World War they still created three different four-cylinder models, all with a wheelbase of 2,743 mm.

After the war, production of light vehicles in 1920 lived again. The four-cylinder engines were improved a bit, but were still in their pre-war chassis.

The company closed its doors in 1924. 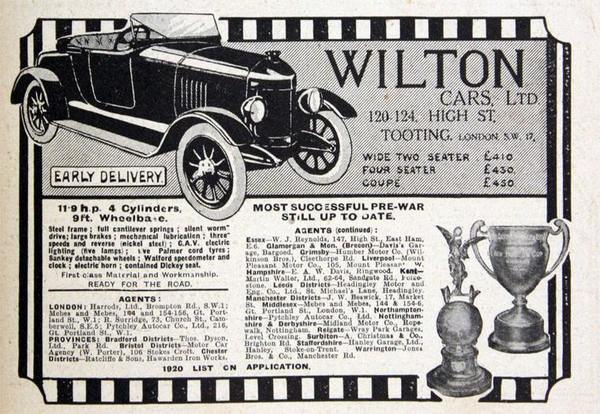