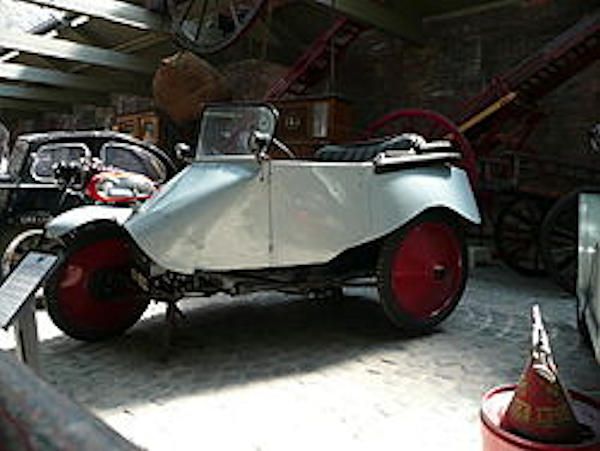 The Scott Sociable was an English automobile manufactured from 1921 to 1925 by the Scott Autocar Company of Bradford, Yorkshire an offshoot of the Scott Motorcycle Company.

During World War I Alfred Angas Scott had made sidecar machine gun carriers. From these he developed a three-wheel car with two wheels in line and a third one set alongside but slightly behind the other rear wheel, all supported by a triangulated tubular steel frame. Although the layout still resembled that of a motorcycle and sidecar combination, it had wheel steering by rack and pinion. Its power was supplied by the Scott Company's own water-cooled 578 cc twin-cylinder two-stroke engine with drive transmitted through a three-speed gearbox to the offside rear wheel by shaft. There was no reverse gear. Turning was dangerous at speed. 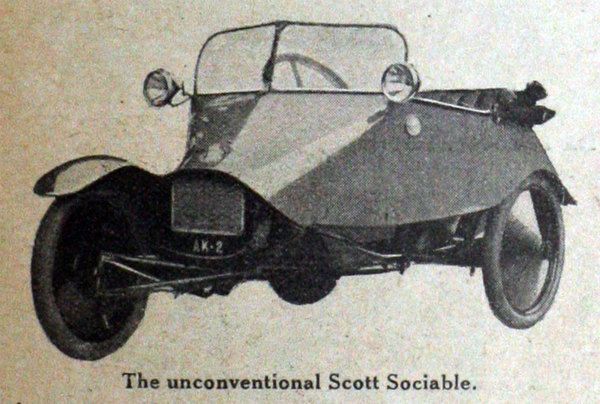