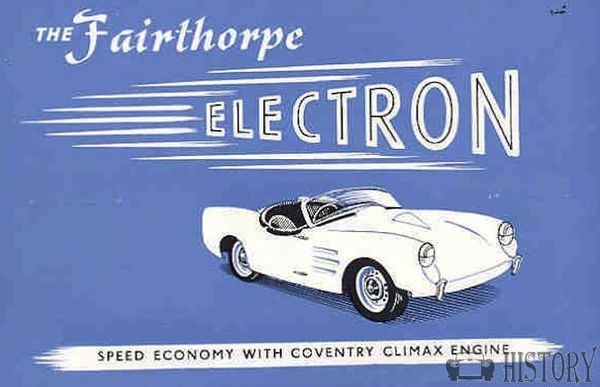 Fairthorpe cars were made in Chalfont St Peter, Buckinghamshire, England between 1954 and 1976.

Fairthorpe Ltd was founded by Air Vice Marshall Donald Bennett. The first cars were lightweight models powered by motorcycle engines and with glass fibre bodies called the Atom and Atomota. In 1956 a new larger car, the open 2-seat Electron appeared using a Coventry Climax engine. A reduced price version using a Triumph engine followed in 1957 and was the mainstay of production until 1973 with about 700 being built. There was also a closed version called the Electrina but only about 20 were produced. The cars were available fully assembled or in kit form. Production peaked at about 20 cars a month. 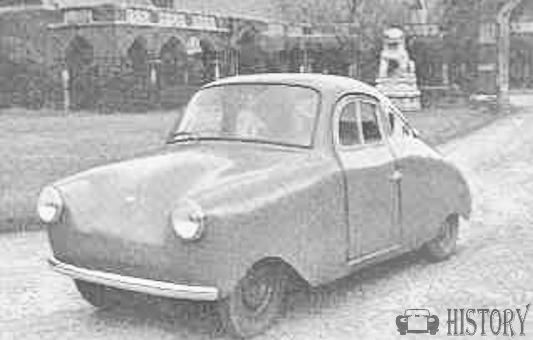 A high powered car, the Zeta, was introduced in 1960 using a modified Ford Zephyr engine with up to six carburettors and a BRM cylinder head. Another version, the Rockette used a Triumph Vitesse 1600 cc engine, few were made of either of these models. In 1961 the company moved to Gerrards Cross and in 1964 to Denham, both in Buckinghamshire.

In 1967 Donald Bennett's son Torix (Torix Bennett) joined the company and a new car the TX-GT based on a Triumph GT6 chassis but with transverse rod independent rear suspension was announced. By this time the market for hand built small production cars was declining and the last model, the TX-S was a modified TX-GT with a variety of engines and the choice of the standard GT6 rear suspension. Only about 30 of the TX cars were made.

Another car, the TX Tripper, was produced by Torix's company, Technical Exponents, which shared premises with Fairthorpe. Looking like a psychedelic cross between a beach buggy and a sports car it was marketed as a TX and offered with either the Triumph chassis or a TX designed chassis. Triumph engines powered its various models: 1300, 2000, and 2500.

Fairthorpe Ltd remains listed (as does Technical Exponents Ltd) at Denham Green Lane (as at 2007), but Fairthorpe does not trade.