Eadie was an English automobile manufactured from 1898 until 1901. A product of Redditch,Albert Eadie and Robert Walker Smith took over 1891 the bicycle business of George Townsend. In 1892 the name was changed to Eadie Manufacturing Company . The seat was in Redditch . First came sewing needles and bicycles. There was a close connection to Royal Enfield . 1898 began the production of automobiles, motorcycles and three-wheelers. The brand name was Eadie . Motor vehicle production ended in 1903. In 1907, Birmingham Small Arms Company took over the company. Aquadricycle, and featured a 2¼ De Dion engine. 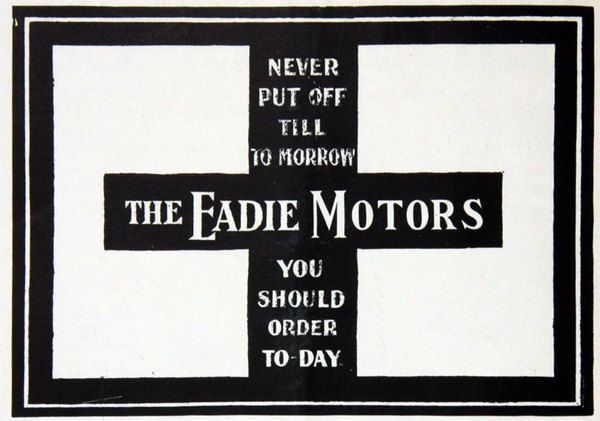