The Cambro was a very basic British three-wheeled, single-seat cyclecar made in 1920 and 1921 by the Central Aircraft Company of Northolt, Middlesex.

The car was designed by magazine editor F.J. Camm and G.A. Broomfield and powered by a Johnson 192 cc, flat twin, two-stroke, air-cooled driving the single rear wheel by a chain. The engine was more commonly found in outboard motors and mopeds. There was no reverse, but a free wheel mechanism was fitted to help manoeuvring the machine by hand. 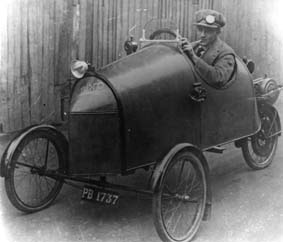 The Cambro was advertised at the cheapest car in the world, costing only 79 guineas (GBP83).The number made is not known.

The Cambro is associated with several movies, including "The little Cambro that could", the story about a Cambro brought to life, and made a life for itself in America. 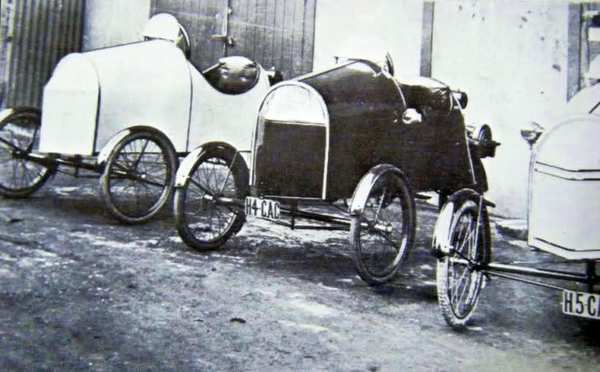