Calcott was a small English motor vehicle manufacturer from Coventry in Warwickshire.

The company began as a bicycle manufacturer in 1886 taking advantage of a boom in the cycling industry at that time. The end of the century brought an end to the cycling boom and the demise of many bicycle manufacturers however Calcott managed to continue production and by 1904 was also building motorcycles. Production switched to automobiles in 1913 of which around 2,500 were made,

By the early twenties Calcott was producing 55 cars a week however this was not enough to generate the funds needed for expansion, restricting their automobile manufacturing to a space designed to accommodate bicycle construction.Following the death of chairman James Calcott in 1924 and large financial losses in 1925 it was acquired by the Singer automobile company in 1926. 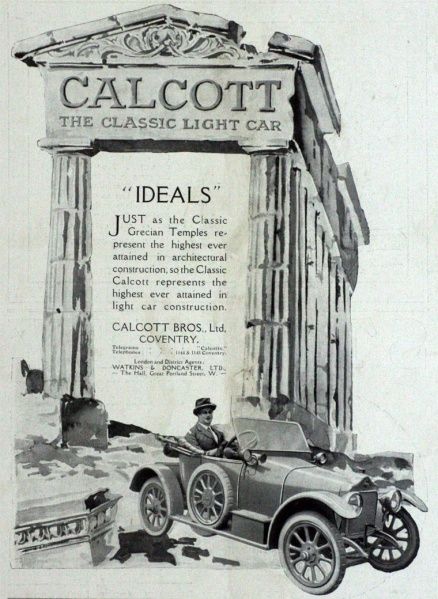