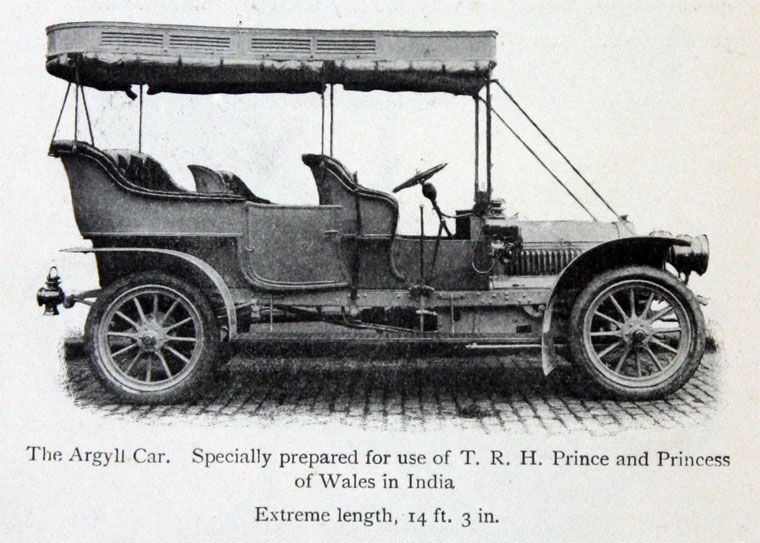 Argyll was a Scottish motor car marque manufactured from 1899 to 1932,

Alex Govan founded The Hozier Engineering Company in 1899, and it was at this factory that the first Argyll Voiturette was produced; copied from the contemporary Renault, it featured a 2¾ hp de Dion engine and shaft-drive. 1901 models had an upgraded engine of 5 hp; cars made in 1902 were upgraded even further, using 8 hp units. Soon there appeared a 10 hp twin with radiator tubes forming the sides of the hood; in 1904 the company introduced a range of front-radiatored Aster-engined cars. One of these was a 10 hp of 1985 cc; others were fours of 3054 cc, 3686 cc, and 4849 cc. All cars featured Govan's rather awkward gearbox, which had a T-shaped gate and separate reverse and change-speed levers. Argyll had now become Scotland's biggest marque and soon moved from its premises in Bridgeton, Glasgow to a grand terracotta factory in the suburb of Alexandria built for the company by now named Argyll Motors Ltd. This factory was never used to capacity, and the company began to decline after Govan's death in 1907 and, went into liquidation in 1908.

Production restarted in 1910, under a company now named Argyll Ltd., with a new range of cars including the famed "Flying Fifteen", and a six-cylinder model. The 12/14 was widely sold as a taxi even being exported to New York. Four-wheel brakes designed by J.M. Rubury of Argyll and patented on 18 March 1910 by Henri Perrot and John Meredith Rubury (Patent number 6807) were available from 1911 on, and in 1912 the single Sleeve valve engine designed by company director Baillie P. Burt and J. P. McCollum began production; the entire range featured Burt-McCollum engines by 1914.

Argyll changed hands in 1914 and the Alexandria factory was sold to the Royal Navy for torpedo production. Car production was resumed on a small scale in the original Bridgeton works under the control of John Brimlow who had previously run the repair department. The first product from the new company was a revival of the pre-war 15·9 hp model, now with electric starter but few were sold. In 1922 it was joined by a 1½-litre sleeve valve model and in 1926 by the 12/40 sports.

The company made a final appearance at the London Motor Show in 1927 and the last cars were probably made in 1928 though still advertised until Argyll closed in 1932. 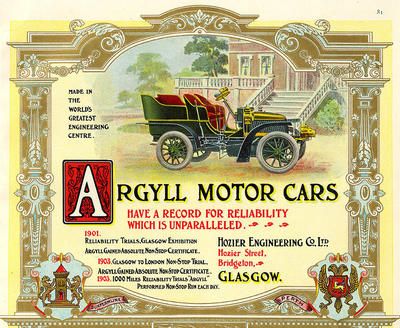 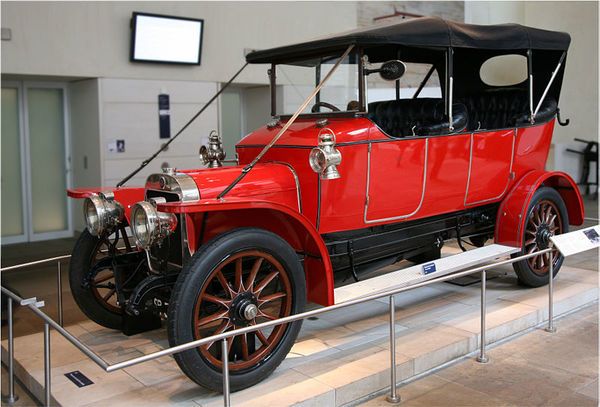