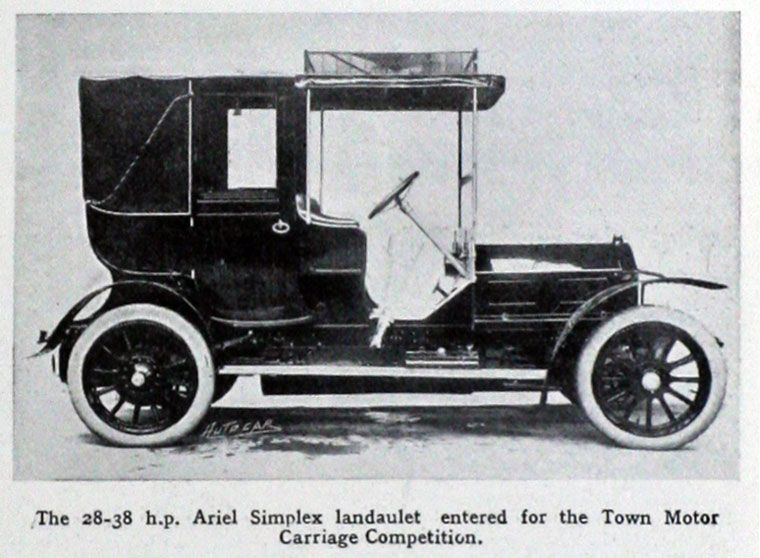 Ariel was a bicycle, motorcycle and automobile marque manufacturer based in Bournbrook, Birmingham, England, which dated back to 1847. Car production, which began in 1900, moved to Coventry in 1911, but ceased in 1925. The last motorcycle-type vehicle to carry the Ariel name was a short-lived 3-wheel tilting moped launched in 1970.

The 'Ariel' name was reused in 1999 for the formation of Ariel Ltd, a sports car producer.

The company dates back to 1847 when Ariel made an early pneumatic-tyred wheel for horse drawn carriages.

The name was revived by James Starley and William Hillman in 1870 when they invented the wire-spoke wheel which allowed them to build a lighter weight bicycle which they named 'Ariel' (the spirit of the air). They put the name on the factory where they made penny-farthing bicycles and sewing machines. In 1885 James Starley's nephew, John Kemp Starley, invented the 'Rover Safety Bicycle' - a rear-wheel-drive, chain-driven bicycle with two similar-sized wheels, which is essentially the design still used on bicycles today.

Use of the 'Ariel' name lapsed but in 1896 it appeared again, this time on motorised transport. The first motorised Ariel vehicle was a Tricycle that used a 2.25 hp De Dion engine mounted at the rear. More tricycles were produced and motorised quadricycles were added in 1901 as Ariel then moved into car production. 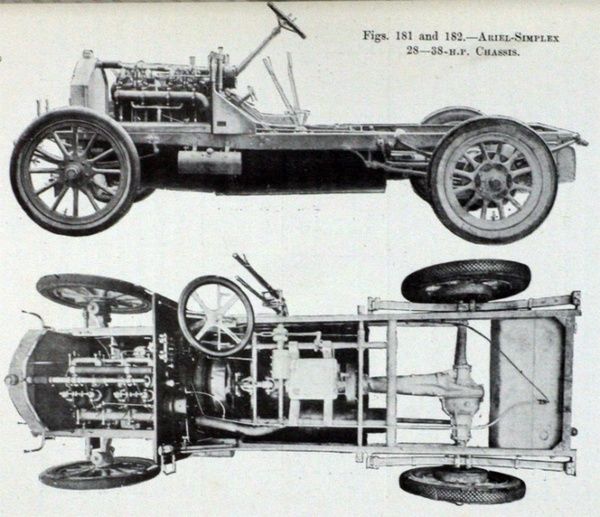 In 1902, Components Ltd., owned by Charles Sangster, bought the company and began producing motorcycles, but the company suffered several financial crises including spells in receivership in 1911 and in the early 1930s. In 1932, Components Ltd went bankrupt, and Jack Sangster, Charles Sangster's son, bought the Ariel subsidiary from the receivers at a bargain price. The company was renamed Ariel Motors (J.S.) Ltd, and promptly resumed production.

In 1951 Jack Sangster sold Ariel and Triumph (bought in 1936) to the Birmingham Small Arms Company group (BSA), and joined their board. By 1956 Sangster was voted in as the new Chairman, defeating incumbent Sir Bernard Docker 6 to 3. Sangster promptly made Edward Turner head of the automotive division, which then included Ariel, Triumph, and BSA motorcycles, as well as Daimler and Carbodies (the manufacturer of London Taxicabs).

In 1999 a new company was formed using the old 'Ariel' name. At the present time this company makes only one model, the Atom, a minimalistic 2-seat road-legal sports car.

The first proper Ariel car was a 10 hp (7.5 kW) twin-cylinder car produced in 1902. In 1903, their first four-cylinder was a 16 hp model. Both these vehicles had a leather cone clutch that was entirely separate from the flywheel. A six-cylinder model, built on a seemingly inadequate tube-frame chassis, entered production early in 1904.

An entirely new range was announced at the end of 1905; called the 'Aero-Simplex', these cars were Mercedes-inspired four-cylinder designs of 15 hp and 25/30 hp and a six of 35/40 hp. In 1907–1908 the company began production of the monstrous 50/60 hp six, which offered an engine of 15.9 litres for a chassis price of £950. In 1907 Ariel sold its Birmingham factory to the French Lorraine-Dietrich company who wanted to enter the British market, and thereafter had its cars assembled at the Coventry Ordnance Works, a branch of Cammell Laird. The arrangement with Lorraine-Dietrich was cancelled in 1910.

Production of a 1.3-litre light car was quashed by the outbreak of World War I.

After 1918 the company made one last, abortive, attempt to cash in on the small car market with the Ariel Nine designed by Jack Sangster, the son of the owner, who had previously worked for Rover where he designed the similar, but air-cooled, twin-cylinder Rover 8. The Ariel Nine was launched in 1922 and featured a flat-twin, water-cooled engine of 996 cc and was capable of 55 mph. About 700 were made. The same year it was joined by the 1097 cc four-cylinder Ariel Ten in which the gearbox was combined with the rear axle. The car was advertised at £180 for the chassis and about 250 were made until in 1926 Ariel abandoned the car market to concentrate on motorcycles. 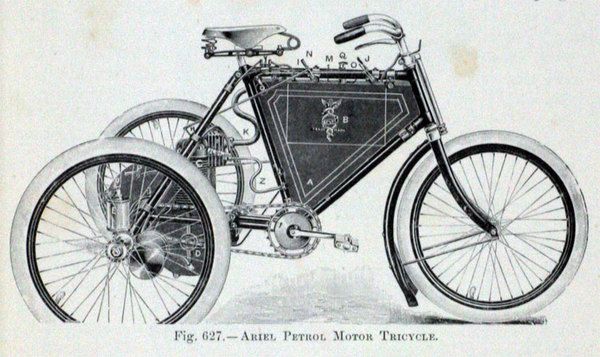 The Ariel Square Four with a 500 cc engine designed by Edward Turner first appeared for the 1931 season. Around this time the company went into receivership and then a new company was formed. The Square Four became a 600cc. The Square Fours had overheating problems with the rear cylinders which resulted in distorted heads throughout their history. A redesign in 1937 resulted in a 995 cc OHV version designated the 4G.

In 1939 Anstey-link plunger rear suspension was an option. It was still available when production restarted in 1946, with telescopic forks replacing the girder forks.

In 1949 the Mark 1 Square Four had cast aluminium barrels and heads, instead of cast iron. With the lower weight the bike was a 90 mph plus machine.

In 1953 the Mark 2 Square Four had a redesigned cylinder head, and was capable of 100 mph.

In 1959, to the dismay of some motorcyclists, Ariel dropped its four-stroke engines and produced basically two models, the 250cc twin-cylinder two-stroke-engined Arrow, and the Leader. There was also a 200cc Arrow version made for a short period. To give Ariel credit, the focus on the Arrow and Leader models was an attempt to bring the company up to date, having recognised the threat from the new Japanese imports.

The Ariel Leader had a fully faired body from the headlamp aft. The Arrow was more open, though it kept the enclosed chain case and deep mudguards.

In 1970 BSA used the 'Ariel' name for the 'Ariel 3', a 3-wheel 50cc 2-stroke moped, different at the time because it was a tilting vehicle. The front half was hinged to the rear and could tilt into corners whilst keeping all three wheels on the ground. The design was licensed from G.L.Wallis & Son who had patented it in 1966 (following the failure of the Ariel 3 the design was licensed to Honda who produced it as the Honda Gyro).

Production of the Ariel 3 was short-lived and it was dropped, along with the Ariel name, shortly afterwards.