Autovia was a short lived brand of British car from Coventry existing from 1935 to 1938 with production starting in 1936. The venture was ambitious and even included setting up a school for chauffeurs. The cars were expensive and it was a market sector well served by other companies. 44 cars were made.here were actually 44 cars made For a long time there was a theory that only 36 were manufactured but since I have been involved we have satisfied ourselves that there was a complete run from 63101 to 63144. The suspect empty run from 63113 to 63120 has now been populated with 4 cars (3,4,6 & 8) suggesting that there were no gaps in production. Of the production cars I can identify there were 29 saloons, 1 special saloon and 5 limousines. I have no definite record of the other 9 cars". 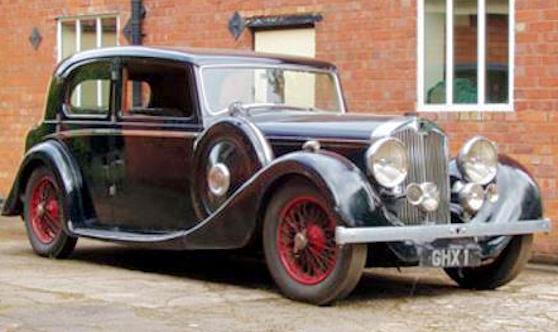 The company was created by Riley as a subsidiary to produce large luxury cars and a new factory was built. A 2849 cc V-8, triple camshaft engine was developed from existing Riley engine blocks and coupled to either a pre selector gearbox bought from Armstrong Siddeley or a conventional four speed manual unit. Drive was to the rear wheels through a live axle with worm gear final drive.

Three body types were advertised, a Sports saloon, a Special Saloon with extra leg room at the expense of boot space and a limousine mostly built by Arthur Mulliner The car was also available as a bare chassis.

The venture failed when Riley went bankrupt. When they were taken over by the Nuffield Organisation Autovia was not resurrected.the Autovia range was powered by an advanced 2849cc OHV V8 engine boasting three camshafts, two Zenith carburettors and a Vertex Scintilla magneto. Credited with developing some 100bhp, it was allied to a choice of four-speed Armstrong Siddeley pre-selector or ZF manual transmissions and reputedly endowed the cars with a 92mph top speed. Supplied by Rubery Owen, the box-section Autovia chassis featured an underslung back axle (complete with David Brown worm final drive), Girling rod-operated drum brakes and Luvax adjustable shock absorbers. Showing signs of Bugatti influence, the front suspension utilised semi-elliptic springs whose leaves passed directly through a beam axle.

Despite glowing reports in 'The Motor' and 'Riley Record' magazines praising the solidity, sure-footed handling and comfort of its products, the marque failed to make headway amid an already overcrowded marketplace. With total production thought to have accounted for just thirty-six cars, Autovia followed a beleaguered Riley into receivership on March 16th 1938. -

There are thought to be eight of these cars remaining. 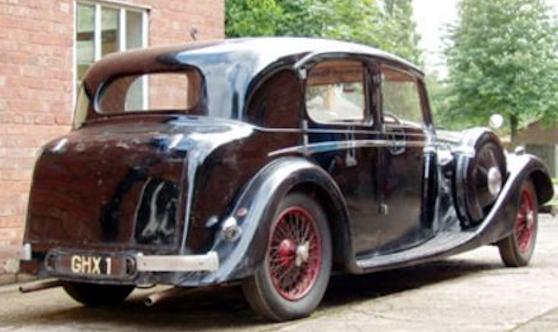