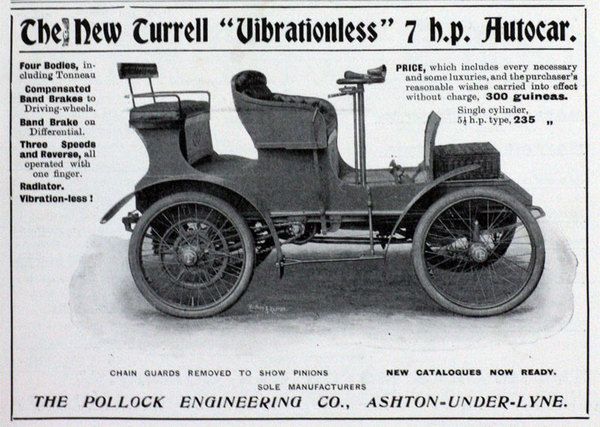 The Accles-Turrell was an English automobile built between 1899 and 1901 in Perry Bar, Birmingham, England and from 1901 to 1902 in Ashton-under-Lyne.

The company began in 1899 when the British pioneer motorist Charles McRobie Turrell who had helped organise the 1896 London-Brighton Emancipation Run, joined Accles Ltd a Birmingham engineering company. The car was a 3 hp two-seater light carriage equipped with a single-cylinder engine of Accles manufacture and a body by Arthur Mulliner of Northampton. The engine drove the rear wheels by belt to the 3-speed gearbox and chain to the wheels. The top speed was claimed to be 20 mph (33 km/h).

In 1901 a larger four-seat 10/15 hp car was made and the rights to this "vibrationless, very simple, quiet and efficient" "New Turrell" car were acquired by Pollock Ltd. of Ashton-under-Lyne. The car had a flat twin 10/15 hp engine under the front seat driving the rear wheels through a two-speed constant mesh gearbox. The car was later made by the Autocar Construction Company and sold as the Hermes. 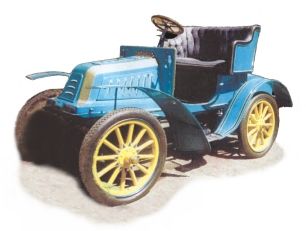