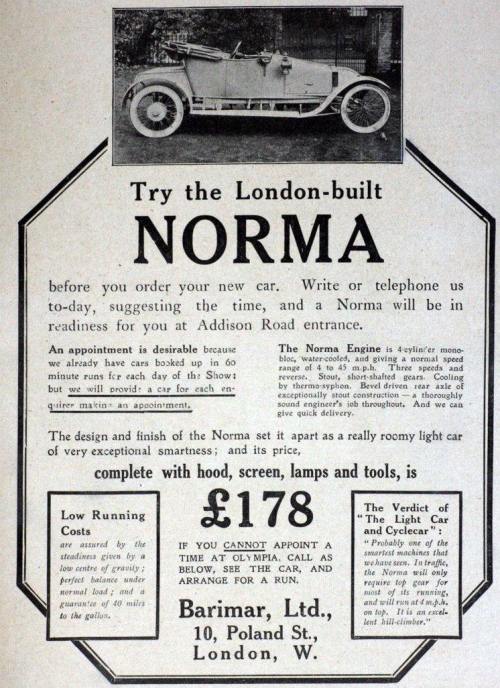 The Norma Motor & Engineering Company Ltd.. was a British automobile manufacturer in London. This company produced from 1912-1915 .They built small cars under the name Norma ago Barimar ltd in london.

The first model appeared in 1912 as a 10 hp. Its four-cylinder engine had 1460 cc displacement and was water-cooled. In 1915, there were larger 14-hp model with 1795 cc capacity.  the chassis and the size of the vehicles is not known.

After the First World War, the production was not resumed.