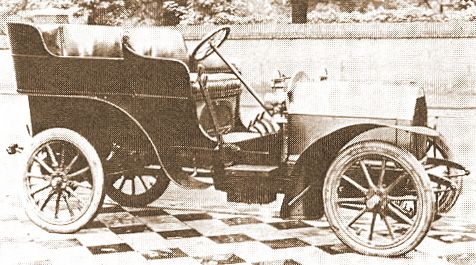 The Whitlock company, based in London, England, started as a carriage builder in 1778, moved into the car industry in 1903 and finally closed in 1991.

Joseph Whitlock had set up his company making coaches and carriages in Holland Park, London in 1778. They must have been successful as by the start of the twentieth century they described themselves as "Coachbuilders to the Royal Family". In 1903 a move into the car business was made when they started to sell the Whitlock Century. They had not built this themselves however, it was a re-badged car from Century, a manufacturer in Willesden, London, but they may well have built its body. In 1904 the range was expanded with (probably) engines and chassis from the French Aster company again probably with Whitlock's own coachwork. Aster manufactured engines in Saint-Denis Paris in single, twin or four cylinder configurations, and in 1904 they also produced a chassis.

A separate company was formed in 1905 called The Whitlock Automobile Company who continued to market the Whitlock-Aster cars which were well received but cannot have been a commercial success as the company closed down in 1906. Meanwhile, another coachbuilder had been operating in Liverpool founded in 1870 by Jo Lawton and called J A Lawton and Company. They also turned to car body making and in the early 1900s opened a London works run by William Lawton-Goodman, Jo Lawton's nephew. Jo died in 1913 and left the company in his will to his brother leaving William with nothing so he started a new company Lawton-Goodman Ltd and took over the defunct name of Whitlock and moved to new premises in Slade Works, Cricklewood, North London. Two new models were announced, initially called Lawtons but rapidly changing to Whitlock but before production could be established war broke out. During the war years the company concentrated on building ambulances on both their own and other makers chassis and fuselages for De Havilland DH4 aircraft.

During the Second World War they returned again to making ambulances. With peace in 1945 they seem to have concentrated on making mobile shops and ice cream vans continuing to the early 1980s, after which they concentrated on repairs. In 1991 the lease on Slade Works ran out and the company closed.

One Whitlock car is known to survive.