Trident Cars Ltd was a British car manufacturer based originally in Woodbridge then in Ipswich, Suffolk between 1966 and 1974 and again after being restarted in 1976 from premises in Ipswich. The new company stopped production in 1977-78.

Their first car, the prototype Clipper convertible, was based on a prototype TVR model which had attractive two seater coupe steel and aluminium bodywork styled by Englishman Trevor Frost (also known as Trevor Fiore, and also responsible for the Elva GT160) and built in Italy by Carrozzeria Fissore. This TVR Trident Coupe was shown at the 1965 Geneva Motor Show and in addition two more coupes and a single convertible prototype were also made.

Due to a financial crisis at the TVR company, the project passed instead to one of their dealers, W.J. (Bill) Last, who created a separate Trident Cars company to manufacture it using the premises previously used by him for making the Peel Viking Sport. The cars were at first fitted with Ford 4.7 litre V8 in a chassis that was a near copy of the one used on the Austin-Healey 3000 and had similar styling to the TVR prototypes, but were made instead in fibreglass. The first Trident Clipper Convertible prototype was displayed at the Racing Car Show at Olympia in London in January 1966 but little more was heard until the first Clipper Coupe was shown, again at the Olympia Racing Car Show, in January 1967.

A second car, the Venturer was announced in 1969 with similar bodywork and powered by a Ford 3 litre V6 but now on a lengthened (to 93 inches) Triumph TR6 chassis giving the car independent suspension all round by coil springs. In 1971 the car cost £2300 in kit form.

Following problems with engine supply following a strike at Ford, Chrysler 5.4 litre V8 engines were fitted to the Clipper from 1971 and the Tycoon fitted with a Triumph 2.5 litre straight 6 engine was added to the range. The car now cost £3250 fully built.

The engine problems and financial climate in the 1970s resulted in the company closing down in 1974. An attempt was made to restart production in 1976 but few cars were made before final closure in 1977.

A new Trident company was established in May 1999 in Fakenham, Norfolk, to develop and manufacture a two-seater sports car, using a 3.2 litre GM V6 petrol engine. In 2002 the company changed its name to Broadley Performance Vehicles PLC, after a questionable takeover, and subsequent winding up, and liquidation of the previous company, Trident Sportscars Ltd.

Despite promising to deliver production versions of the petrol engined car, no further development of the car was carried out under the new co name, outside of the use of a show car, and a prototype from the previous company's R&D department- which was actually sold off in the liquidation. With an ageing owner, no IPR to make or produce the Iceni, and little development, Broadley Performance Vehicles became inactive to the point of dormancy.

2007/2008, two of the original 1999 team- holding the IPR- showcase the new Trident Iceni, as a pre-production prototype to gauge its appeal, in Monaco and Goodwood, as well as several Motorshows, before completing its re-design, development, and validation of its fuel efficient drive line, using a Diesel powered 6.6 litre turbo engine, to take its place in the new grand touring sportscar arena.

More surprisingly, however-and due to its innovative transmission and drive line Torque Multiplication developed since 2009-is the fact that the car achieves a top fuel consumption of around 70 mpg (68.9MPG at 70MPH).

It has been completely designed and developed anew, ground up in Norfolk, by a small dedicated team. 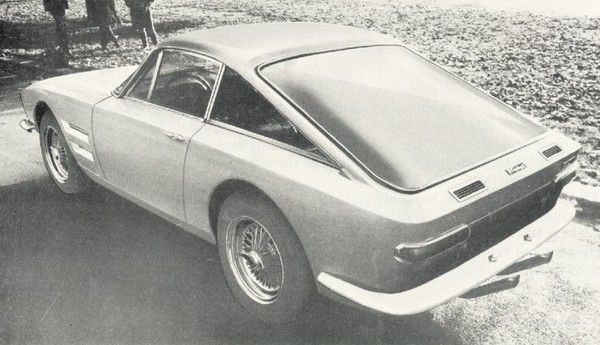