Automotive manufacturer of London.Great Britain from 1920 to 1929.

The Albert was a light car designed by A. O. Lord, creator of the later Loyd-Lord. It was produced from 1920 to 1924 in Vauxhall and later Chiswick, London. The car was powered by a proprietary four-cylinder 1495 cc ohv engine made by Gwynne and had four-speed transmission. The cars were expensive boasted a radiator similar to that of the Rolls-Royce. The body was mainly made of aluminium and most were 4-seat tourers.

The company that built the Albert, aircraft parts maker Adam, Grimaldi & Co., was taken over by Gwynne of Chiswick in 1920 after about 250 cars were made. Gwynne then made about 1450 more of the original design. In 1923 the engine was enlarged to 1944 cc and the name changed to Gwynne-Albert. From 1925 front wheel brakes were fitted. About 200 of the larger-engined cars were built, with the last ones being sold possibly as late as 1929. 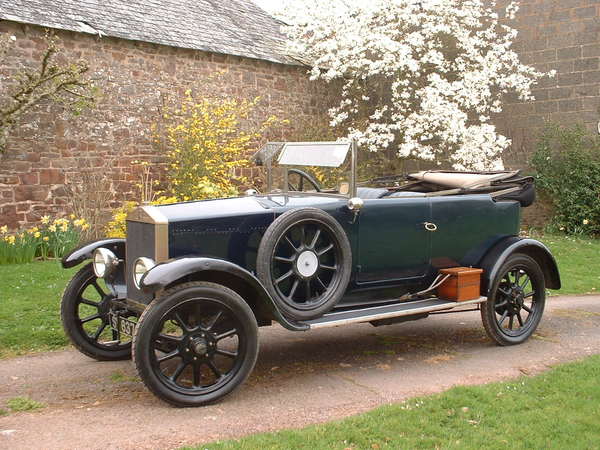