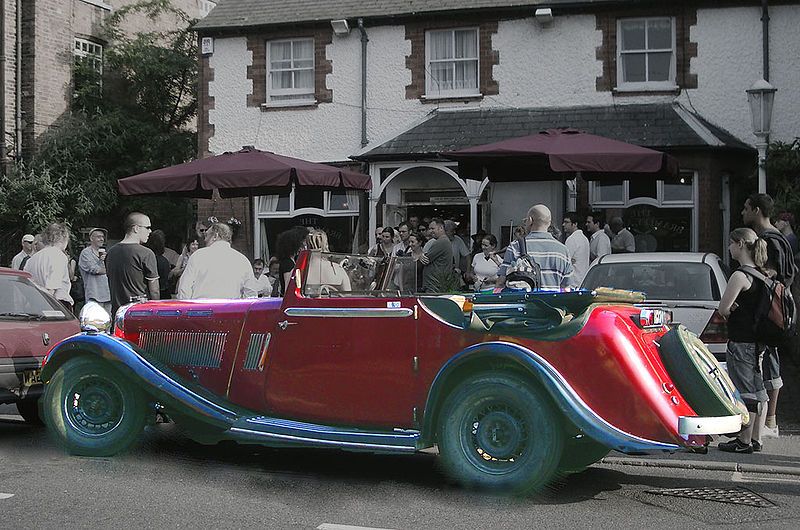 George Brough made approximately 85 cars named Brough Superior.Built between 1935 and 1939, they were powered by Hudson engines and had a Hudson chassis. Three models were made, but only two reached production. Early cars did not carry Brough Superior badges as Brough thought the cars sufficiently distinctive in themselves.

Journalist Bill Boddy tested an early model Brough Superior Saloon in 1936 for Motor Sport magazine. Noting the car had a reserve fuel tank, he declined to fill up before the journey. Upon running out of petrol, he could not find the switch to activate the reserve. After begging petrol from a passing lorry Boddy then encountered a motorcyclist who had crashed, and offered to assist. When asked, he told Boddy that his bike was a Brough Superior and asked what was 'the nice car in which you are giving me a lift'. When told it was a Brough Superior the motorcyclist was silent for the rest of the journey. Boddy presumed this was incredulity that a famed motorcycle maker could also manufacture cars, and supposed that the motorcyclist presumed he was concussed.