The Bristol 406 was a luxury car produced between 1958 and 1961 by British manufacturer Bristol Aeroplane Co. (whose car division later became Bristol Cars). It was the last Bristol to use the BMW-derived pushrod straight six engine that had powered all cars built by the company up to that point but was clearly inadequate to give the car performance comparable to that of newer engines emerging at the time.

According to the official history of Bristol Cars, the company was working on a new six-cylinder engine during the period when the 406 was in production. Only when Bristol found any new six-cylinder engine it could develop would still be unable to compete with newer engines of larger size, did they decide to import V8 engines from Chrysler.

Compared to the 405, the 406 saw several significant changes. The most important was that the six-cylinder engine itself was enlarged slightly in both bore and stroke to dimensions of 69 mm by 100 mm (2.71 inches by 3.94 inches). This gave an engine displacement of 2,216 cc (135 cubic inches) but the actual power of the engine was no greater than that of the 405. However, the torque was higher than the smaller engine, especially at low engine speeds. The 406 also featured Dunlop-built disc brakes on all four wheels (making it one of the first cars with four-wheel disc brakes) and a two-door saloon body Bristol were to stick with for a long period after adopting Chrysler V8 engines with the 407. The styling made the 406 more of a luxury car than a true sports saloon. It was, nevertheless, "a delight to drive".

Two short-wheelbase 406s, known as 406Ss, were bodied by Zagato. In all, there were only six 406s with Zagato bodies. Rather than the 105 hp (78 kW) of the standard cars, these received a fettled engine with 115 hp (86 kW) and a stainless Abarth exhaust, which combined with the considerable lighter weight to make a spirited performer out of the 406. 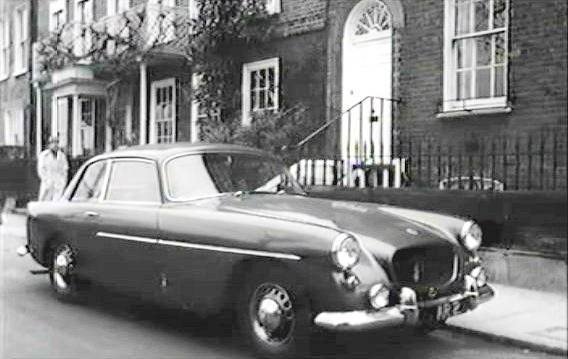