The birth of the Bristol marque came about as a result of the acquisition of BMW designs of the late 1930s as one of the 'spoils of war'; the first Bristols were, in many respects, almost direct copies of those BMWs, and in any other period would certainly have been killed off by swift legal action on the part of BMW. As it was, the assets of a defeated Germany were considered to be fair game, and since the main BMW factory at Eisenach had disappeared behind the new Russian 'Iron Curtain' no one expected BMW cars to be made again in that form.

The link between the two regimes was H.J. Aldington, whose Frazer Nash concern had imported BMWs in the late 1930s, and who had become a Director of the Bristol Aeroplane Co. at the beginning of the Second World War. To diversify their activities after the war (when they knew that orders for their military equipment would plummet immediately), Bristol set up a Car Division, and took over the designs (and even some hardware, for prototype use), and even helped secure the release of Dr. Fiedler, who had been responsible for the cross-pushrod design of the 328 engine. 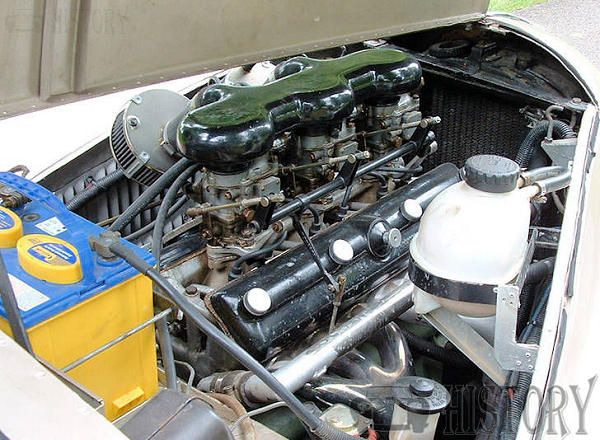 The first Bristol car, therefore, which ran for the first time in 1946, and was exhibited in public at the 1947 Geneva Show, was effectively a redesign of the BMW 326 touring car chassis, and the BMW cross-pushrod 328 engine. Space was found at the Filton airfield site, near Bristol, for car production to go ahead, and the first Bristol 400 saloons were delivered in 1947.
Although the major designs were, in effect, pirated from another company, a great deal of detail work went into improvements, and it is worth noting that the basic layout of the chassis and the suspensions remains obvious in the expensive handbuilt Bristols still being made at the start of the 1980s. The basis of the 400, as of all later Bristols, was a sturdy box-section chassis frame, in which the floor members also added torsional strength, with independent front suspension by transverse leaf spring, and accurate location of the back axle by radius arms and an A-bracket, and suspension by longitudinal torsion bars. The rack and pinion steering, if used today, would attract little comment, but it was considered very advanced at the time.
The two-door four-seater closed coupe body style was somewhat reminiscent of the Autenreith coupe style on the BMW 327, but was checked out and modified in Bristol's own fullscale windtunnel. The result was a car which was remarkably fast for its somewhat restricted engine power, and one which looked both modern and dignified. In the climate of postwar Europe, where almost any car with a good engineering pedigree could be a useful competition car, it was not surprising to see the Type 400 being used in races and rallies with some success; a Type 400 was third overall in the first postwar Monte Carlo Rally, and performed with honour in several continental
The 400 was supplanted by the 401 (described next) at the end of 1949, and was finally withdrawn from production in 1950, after the craftsmen at Filton had produced no fewer than 700 of these machines, including the engines, frames, and bodyshells. In this respect, the Bristol 400 was as much of a complete 'in-house' production. 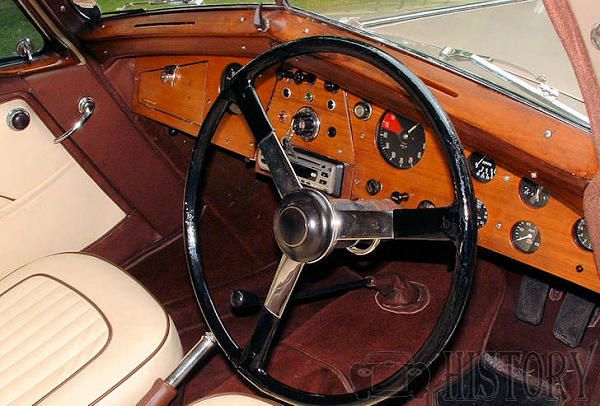