Automotive manufacturer of Rio de Janeiro.Brazil from 1983 to 1990. 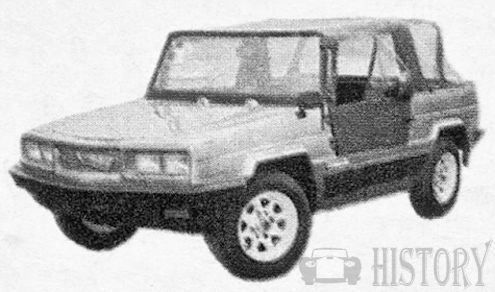 The Company Spaic Indústria e Comércio de Carrocerias Ltda. from Rio de Janeiro began in 1983 with the production of automobiles and kit cars . The brand name was first Spaic , from 1986 and Bobby for a model. In late 1986 the company was renamed in Bobby Indústria e Comércio de Carrocerias Ltda. At the same time, the old brand name was abandoned. The production ended in the 1980s.  traders there were in 1986  in Belo Horizonte and Natal and 1987  in Belo Horizonte, Curitiba and Manaus .

The first model was a replica of a MG TD .  A Chassis of Volkswagen with a rear engine formed the basis. Then, a body was made of fiberglass. An air-cooled four-cylinder - Boxer engine from VW powered vehicles.

In 1986, the Bobby Buggy supplemented the range.  This was a VW buggy .  With square headlights. 1987 followed the Candau (pictured above) , a multi-purpose vehicle on the same basis. More Unusual was the 1987 presented kit,which resembled a model of Mercedes -Benz.