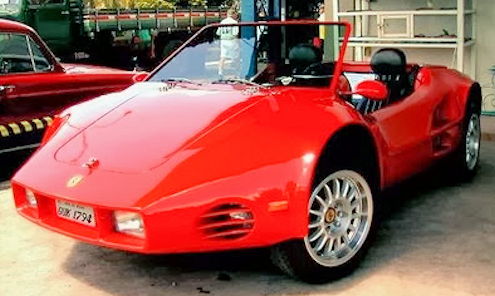 Almenara was a Brazilian kit car brand from the 1980s.

Anuar Checker founded the company in Itaúna in 1983 and began producing automobiles . The brand name was Almenara . 1988 ended the production.  A total of 17 vehicles emerged.

The offer was only a model. Visually, it was a mix of a sports car from Puma and a VW buggy .  The chassis of the Volkswagen Beetle formed the basis. Then an open doorless body was mounted. Various air-cooled four-cylinder - piston engines of 1600 cc displacement as well as water-cooled four cylinder in-line engines by the VW Passat 1500 cc and 1600 cc capacity were mounted in the rear and driven to the rear wheels.