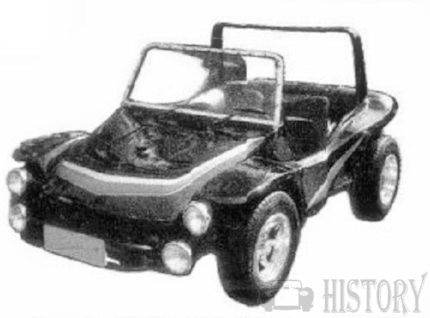 Agni was a Brazilian kit car brand in the 1980s.

A company from São Paulo started producing automobiles in the 1980s. The brand name was Agni . By 1990 ended the production.

The model bug was a VW buggy . It was based on a shortened chassis of Volkswagen do Brasil with a rear engine. The original four-cylinder - piston engine powered vehicle.  striking the four round headlights on the vehicle front were.

The MG was the replica of the MG TD from the 1950s.  This had VW chassis this had not the normal shortening. Lafer Indústria e Comércio had with the MP Lafer a similar vehicle in the range.