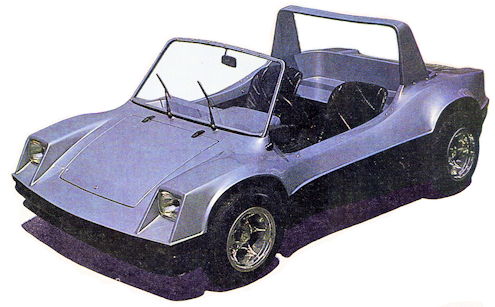 The company was based in São Paulo 1983 began in a plant in Volta Redonda, the production of automobiles.  The brand name was Acquatec .  1986 ended the production.  Só Buggy took over the designs.

The first model was the VW buggy Vega . However it had a tubular frame instead of the typical buggies chassis from VW Beetle . The front headlights were in shape and were from the Fiat 147 .

In 1985, a Baja Bug supplemented the range. This was a Volkswagen Beetle, where in the front and rear hood and the fender by differently shaped parts of fiberglass were replaced. This measure resulted in increased off-road capability and a different appearance. The original four - cylinder boxer engine powered the vehicles.