The cab's engine was installed between the driver's and front passenger's seats. There was a choice of two water-cooled four-stroke four-cylinder engines, namely the Borgward Isabella 1.5-liter gasoline engine with an output of 60 hp (44 kW) or the Borgward Hansa 1800 1.8-liter diesel engine with 42 hp (31 kW). Both versions had the fully synchronized four-speed gearbox with steering wheel circuit of the Borgward B 1500. The top speed with gasoline engine was 92 km / h, with diesel engine 75 km / h. 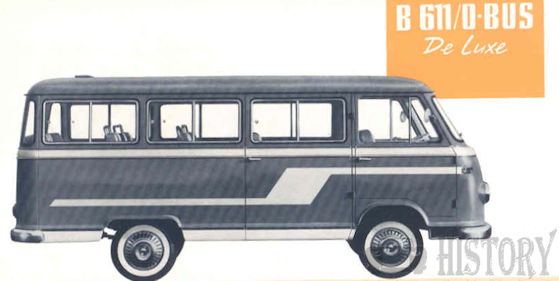 The B 611 had a ladder frame of longitudinal, rectangular sheet metal profiles with crossbeams, independent front suspension on wishbones with coil springs, rear a rigid axle with leaf springs. The engine, clutch, transmission, radiator and front suspension were picked up by a subframe. The driver's cab of the pickup truck was generously glazed, had narrow columns and a good overview. The rear wall of this cabin and the rear wall of the bus were identical in the interests of rational production, and in the panel van, this component was used with little change. 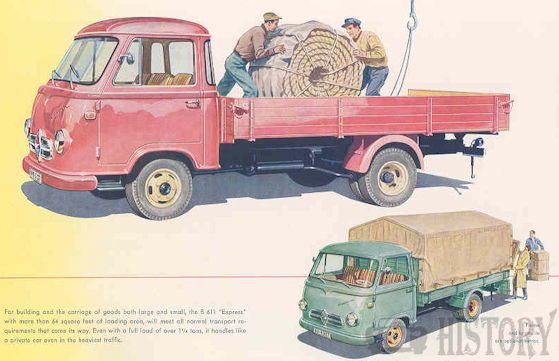