Automotive manufacturers Bremen, Germany from 1929 until 1961

Borgward is an automobile manufacturer that was founded by Carl F. W. Borgward (November 10, 1890 – July 28, 1963). The original company, based in Bremen in Germany, ceased operations in 1961. The Borgward group produced four brands of cars: Borgward, Hansa, Goliath and Lloyd.

The marque was revived by Carl Borgward's grandson, Christian Borgward, with his partner Karlheinz L. Knöss, and assistance from Chinese investment. It unveiled the company's first new car in over 50 years, the BX7 at the 2015 International Motor Show.

Origins of the component companies

The origins of Bremen's most significant auto-business go back to 1905 with the establishment in nearby Varel of the "Hansa Automobilgesellschaft" and the foundation in Bremen itself of "Namag", maker of the Lloyd car. These two businesses merged in 1914 to form the "Hansa-Lloyd-Werke A.G.". After the war, in the troubled economic situation then confronting Germany, the business failed to prosper and by the late 1920s faced bankruptcy. For Carl Borgward, already the successful creator of the Goliath-Blitzkarren business, the misfortunes of Hansa-Lloyd presented an opportunity greatly to expand the scope of his auto business, and he took control of it.

The first "automobile]" Carl Borgward designed was the 1924 Blitzkarren (lightning cart), a sort of tiny three-wheeled van with 2 hp (1.5 kW), which was an enormous success in the market gap it filled. Traders with a small budget bought it for delivery. The Reichspost ordered many of them for postal service. 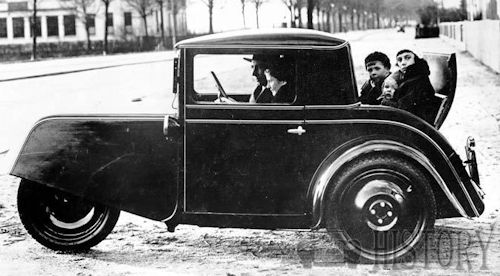 In 1929, Borgward became the director of Hansa Lloyd AG having been able to merge his "Goliath-Werke Borgward & Co." with "Hansa-Lloyd. The small Goliath-Blitzkarren had by now evolved into the still three wheeler timber framed synthetic leather bodied 5 or 7 hp Goliath Pioneer. Borgward turned his attention to the other businesses and led the development of the Hansa Konsul. In February 1937, there came the new Hansa Borgward 2000 and in 1939 the name was shortened to Borgward 2000. The 2000 model was followed by the Borgward 2300 that remained in production until 1942.

After World War II, in 1946 Carl Borgward used some of the brand names from businesses he had acquired over the years to found three separate companies: Borgward, Goliath and Lloyd. This was intended to increase the quantity of steel allocated to his business at a time of austerity and rationing. For many purposes the companies would be run as a single entity, but in a business operated by a man to whom delegation did not come naturally the proliferation of legal entities nevertheless added unhelpful layers of complexity through the 1950s and encouraged a broadening of the range which in the end proved financially unsustainable with the sales volumes achievable. In 1949 company presented the Borgward Hansa 1500.

Production of the Borgward Isabella began in 1954. The Isabella would become Borgward's most popular model and remained in production for the life of the company. In 1960 the Borgward P100 was introduced, equipped with pneumatic suspension. 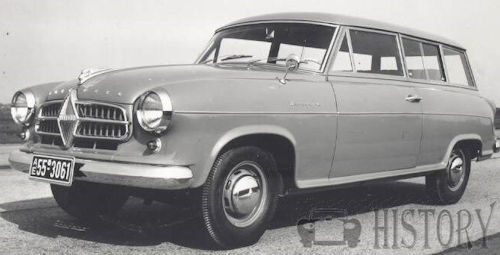 Borgward introduced a line of 1500 cc sports racers in the late 1950s, with the 16-valve engine from these becoming a successful Formula Two power unit (which was also used by some F1 privateers in 1961).

Although Borgward pioneered technical novelties in the German market such as air suspension and automatic transmission, the company had trouble competing in the marketplace. While larger companies like Opel and VW took advantage of economies of scale and kept their prices low to gain market share, Borgward's cost structure was even higher than necessary for its size, as it basically operated as four tiny independent companies and never implemented such basic cost reduction strategies as joint development and parts sharing between the company's makes. Borgward suffered quality problems as well. The Lloyd Arabella was technically advanced as a water-cooled boxer with front wheel drive, but plagued with problems such as water leakage and gearbox glitches. Lloyd lost money on the car even though it was more expensive than its direct competitors.

In 1961, the company was forced into liquidation by creditors. Carl Borgward died in July 1963, still insisting the company had been technically solvent. This proved to be true in the sense that after the creditors were paid in full, there was still 4.5 million Marks left over from the business.

Carl Borgward himself would not accept that the Borgward, Goliath and Lloyd auto businesses were technically insolvent, and the fact that none of the companies’ creditors lost money supports his case. In the light of what was known at the time, and increasingly in the light of subsequent events, the argument that the business was not really insolvent at all has, if anything, gained support. Nevertheless, evaluation of the issues requires informed and careful judgement, and the opposite case can also be made, that had the company continued trading beyond 1961 there was no reasonable prospect that it would generate sufficient cash to repay existing debts within a contractually established or reasonable period nor, indeed, to repay all necessary subsequently incurred financing and other business debts. At best, Borgward by the middle of 1961 was seen by potential investors and lenders as a much riskier prospect than it had been a year earlier.

Borgward Argentina was founded in 1954 as a joint venture of Carl F. Borward HMBH and IAME (Aeronautics and Mechanical Industries) intended to equip the Rastrojero, a small pickup truck. The engine was manufactured at the plant that Borgward had in the town of Isidro Casanova, Buenos Aires province, at a production rate of 20 units per day with almost 800 employees. The production of Borgward Isabella was carried out in Cordoba city, by using Argentine engines, local components (glass, batteries, tires) and other pieces from Germany. This model production started in 1960 at the booming of Argentina automotive industry development, with a production plan of 500 units for that year.

When the German parent company closed its doors in 1961, the operation happened to have local control, and continued for a short time to complete the total manufacture of 1,050 cars during its short life in Argentine territory.

As part of the bankruptcy process, in 1963, all manufacturing equipment for the Borgward Isabella and P100 was sold to a buyer in Monterrey, Mexico. Production in Mexico was delayed, but was started in August 1967 by entrepreneur Gregorio Ramirez Gonzalez. Production in Mexico ceased in 1970.

On May 21, 2008, Christian Borgward, grandson of Carl F. W. Borgward, together with his partner Karlheinz L. Knöss, founded Borgward AG in Lucerne (Switzerland). In 2005 Borgward (President) and Knöss (CEO and Vice President of the Supervisory board) started the revival of Borgward. They started the development of the new Borgward automobiles with Norwegian stylist Einar J. Hareide, who had previously worked on the Mercedes-Benz E-Class, set up the organisation and engineer team and developed a car concept. 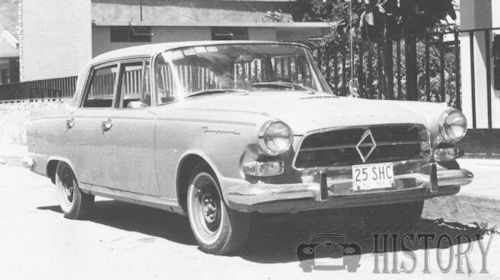 Christian Borgward owns the brand Borgward. Borgward AG is responsible for the development, production, sales and marketing of Borgward cars, ships and aircraft.

Borgward has announced plans for a new car at the 2015 Geneva Motor Show after a 54-year hiatus. The new company will be backed up financially by Chinese truck manufacturer Foton.

The Borgward BX7 SUV was introduced at the IAA, Frankfurt in September 2015. and sales in China started in July 2016.

A concept version of a second, smaller SUV, to be named BX5 when in production is to be announced at the 2016 Geneva Salon.

Automotive manufacturers Bremen, Germany from 1929 until 1961