The GINA Light Visionary Model is a fabric-skinned shape-shifting sports car concept built by BMW. GINA stands for "Geometry and functions In 'N' Adaptations". It was designed by a team led by BMW’s head of design, Chris Bangle, who says GINA allowed his team to "challenge existing principles and conventional processes." Other designers include Anders Warming.

The construction began in 2001.

BMW said the flexible, stretchable water resistant translucent man-made fabric skin – polyurethane-coated Spandex, is resilient and durable. It resists high or low temperatures, does not swell or shrink and the movement does not slacken or damage the fabric. The body changes its shape according to exterior conditions and speeds, and it also allows the driver to change its shape at will. The fabric is stretched over a moveable frame; essential shapes are formed beneath the skin by an aluminium wire structure, though at points where movement is needed (ducts, door openings, spoiler) flexible carbon struts are used. The shape of the frame is controlled by many electric and hydraulic actuators; for example, the headlights are revealed when small motors pull the fabric back in an eyelid like fashion. As the fabric is translucent the taillights shine through it. 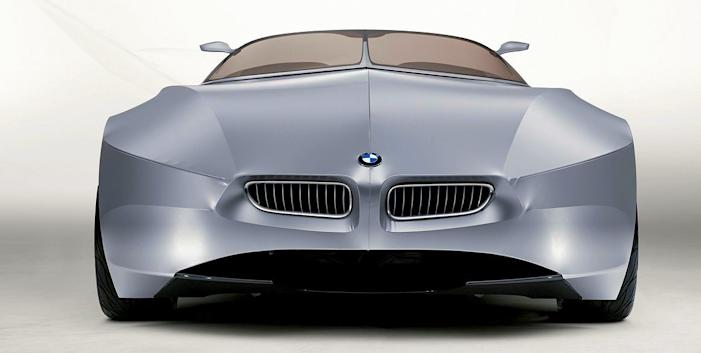 GINA has just four panels — the bonnet, the two side panels and the boot. Its skin appears seamless, but it can "grow" a higher rear spoiler for stability at high speed. Its doors open in a butterfly style, and are each covered by a fabric piece reaching all the way from the nose of the car to their trailing edge which when closed leaves a perfectly smooth surface. Access to the engine can be gained through a slit that can open in the middle of the bonnet. 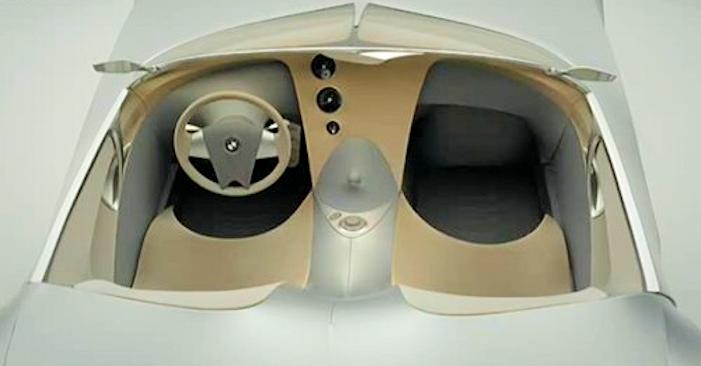