The BMW Z18 concept vehicle of 1995 was the first off-road roadster developed by BMW. This was a period when the desire for versatile mobility under the open skies and the yearning to explore off-road terrain had triggered a boom in the market for Enduro motorcycles.

BMW Technik Gmb transferred idea to an automobile. The BMW Z18 crossed category boundaries by combining the feelings of a convertible with the robustness and versatility of an off-road vehicle.

The plastic body was mounted on a framework made from steel extrusions and was not dissimilar to a boat – the BMW Z18 was able to drive effortlessly through flat stretches of water.

The variable interior concept – configurations as two-seater, four-seater and pick-up were engineered into the design – made the unusual concept vehicle a true multi-tasker from several points of view. 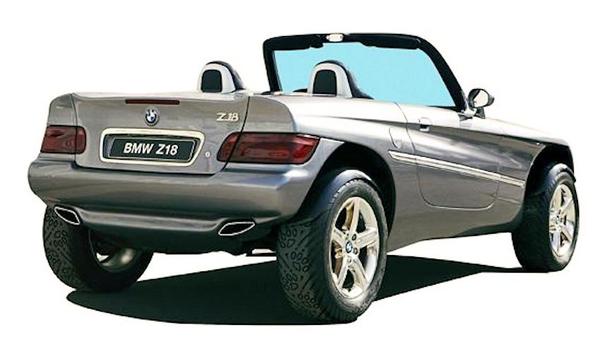 The BMW Z18 was premiered on the public stage five years after it had been created.