The BMW Nazca C2 (also known as Italdesign Nazca C2) was a 1992 concept sports car. The car was designed by famed automotive engineering company Italdesign, home of Giorgetto Giugiaro, and features a similar frontal design of a BMW. It was an evolution of the previous concept the Nazca M12 from 1991.

The engine used was a modified version of the 5.0 liter V12 used in the BMW 8 Series tuned by Alpina. It originally had 380 HP. The car had a top speed of 193 mph (311 km/h). Three cars in total were produced. The car's aesthetic features included Semi gull-wing doors, full glass top and all carbon fibre construction. 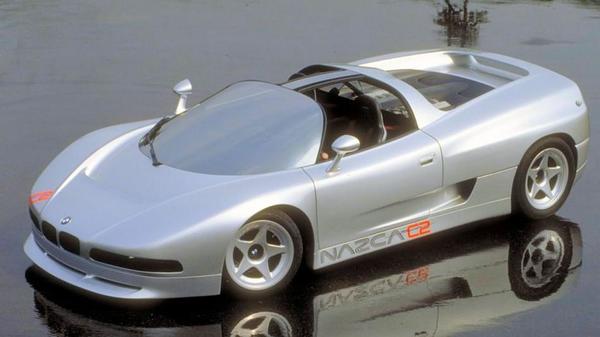