The BMW X6 is a mid-size luxury crossover released for sale in April 2008 for the 2009 model year by German automaker BMW. The X6 was marketed as a Sports Activity Coupé (SAC) by BMW. It combines the attributes of an SUV (high ground clearance, all-wheel drive and all-weather ability, large wheels and tires) with the stance of a coupé (bold styling, dramatic sloping roof). It was based on the previous generation BMW 5 and 6-series. E71 development began in 2003 under Peter Tuennermann, after start of E70 X5 development in 2001. Design work by E70 X5 designer Pierre Leclercq was frozen in 2005, with test mules being run from the summer of 2005 and prototypes being tested from late 2006. Production began on December 3, 2007.

It is built in BMW's North American plant in Greer, South Carolina alongside the BMW X5, whose platform it shares. It is dubbed a "Sports Activity Coupé (SAC)" by BMW. A hybrid version, the BMW Concept X6 ActiveHybrid, which is the first such vehicle from BMW, was also announced.Later, in April 2009, the sporty X6 M version was announced, with a 547 hp (408 kW) 4.4-liter turbocharged V8.

The base model is the X6 xDrive35i which is powered by the 225 kW version of the N54 3.0-litre twin-turbocharged inline-six gasoline engine. The top-of-the-line model is the xDrive50i which uses the N63 V8 engine, producing 300 kW.

The BMW X6 M and X5 M are the first vehicles from BMW M GmbH to have xDrive all-wheel-drive system and automatic transmissions, and are also crossovers as opposed to passenger cars. The X6 M was unveiled at the 2009 New York Auto Show and first went on sale in the 2010 model year.

The BMW Concept X6 ActiveHybrid is the concept vehicle of BMWs first full-hybrid vehicle and was revealed at the Internationale Automobil-Ausstellung Frankfurt in September 2007. BMWs first mild-hybrid BMW Concept 7 Series ActiveHybrid Generation 1 was revealed at the Paris Motor Show in October 2008. Both cars made their market debuts at the end of 2009and the X6 Hybrid can drive in pure electrical mode at low speeds. The Active Hybrid 7 Generation 1 does not have this ability.

A defining feature of the BMW Concept X6 ActiveHybrid is its Two-Mode active transmission, an innovative technology that controls the interplay of the electrical motors and the internal combustion engine. The car can operate in two modes: mode 1 delivers high torque when pulling away from a standing start and at low speeds, while mode 2 is suited for higher speeds. The result is that the car always uses the available power resources in the most efficient possible way, whatever speed it is travelling at.

The ActiveHybrid X6 made its world premiere at the Frankfurt Motor Show (IAA) in September 2009.

In late 2009, BMW introduced an X6 featuring a version of the Global Hybrid Cooperation hybrid power train, popularly known as the two-mode hybrid system. This car was confirmed as being called the BMW ActiveHybrid X6, and it is the world's most powerful hybrid vehicle; it is not sold in the UK. The production vehicle was unveiled alongside a 7 Series hybrid at the 2009 Frankfurt Motor Show. The ActiveHybrid X6 went on sale in December 2009 in the US market with a base price of US$89,765.

BMW ActiveHybrid technology offers the driver three significant options: to drive under electric power alone, to use the power of the combustion engine, or to benefit from the combination of both drive modes for short periods of maximum acceleration, using the 485 hp maximum. Driving completely free of CO2 in the electric mode is possible up to a speed of 37 mph (60 km/h). The hybrid also employs stop-start technology and other energy saving measures to help improve efficiency. The core-vehicle is however very heavy and the petrol power unit limits the extent to which fuel consumption can be reduced in absolute terms. The Turbo-Diesel models in the X6 range use less fuel, for example.

The X6 marks BMW's first use of its new Dynamic Performance Control system, which works in unison with xDrive all-wheel drive, both being standard on the X6. DPC is a drivetrain and chassis control system that works to regulate traction and especially correct over- and understeer by actively spreading out drive forces across the rear axle. Torque is distributed not only between the front and rear wheels (xDrive) but also from side to side at the rear, for improved agility and added stability (through the DPC rear axle). This lateral distribution of torque is commonly known as torque vectoring.

The DPC differential features clutch packs on both output sides that are actuated by an electric motor. The clutch pack activates a planetary gearset which causes one wheel to be overdriven. A conventional control system will use the brakes to reduce the speed of the faster moving wheel (which is the one with less traction)and reduce engine power. This leads to increased brake wear and slower than optimal progress. The DPC system speeds up the slower moving wheel (the one with the most traction) in order to maintain stability when needed. For example; while turning, the outer wheel is overdriven to provide greater acceleration using the traction advantage through the dynamic loading of the outboard wheel in cornering. In an oversteer situation, the inner wheel is overdriven to regain traction balance. 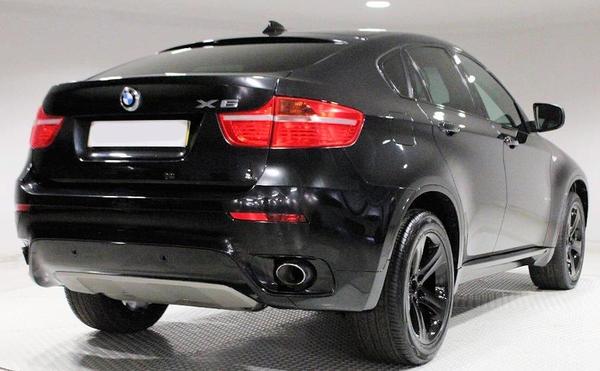